Q&A with Dr. Jeff Rhoades
Author of "The Bible Dimensions and the Spiritual Realm" 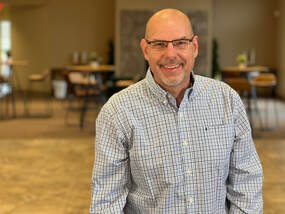 Q: Using scripture and String Theory (of all things), you make the case that heaven is closer to us than we think. Can you explain?
A: I carefully lay the foundation for understanding what a higher dimension of space is. We only know three dimensions of space and one dimension of time. Picturing or understanding a fourth dimension of space is nearly impossible. That is why we usually make heaven an extension of our three-dimensional world. Everything in the Bible points to heaven being close—very close. Heaven was close to Jacob with a ladder reaching heaven (Genesis 28:10-12).  Elisha and his servant were able to see into the spiritual realm and the angelic beings were close. They were impacting the physical realm but were not detectable (2 Kings 2:9-11).  Stephen looks into heaven from the physical realm (Acts 7:54-60). God spoke to Paul from heaven (Acts 9:3-7).  Heaven was close enough for those present at Jesus’ baptism to hear God’s voice (Matthew 3:16-17). String theory says that more spatial dimensions do indeed exist. I believe heaven is in the next dimension, right next to where we reside in our three-dimensional world.
Q: You combine a lot of scientific research with biblical references in the book. How should Christians view the relationship between science and Christianity?
A: The Bible assumes the reality of the spiritual dimension while science points to a higher dimension or dimensions.  Scientific laws and truths reflect an intelligent creator. Christians should never fear science, nor should they shy away from it. The more we learn about the universe and what it is made of, the more we learn about the Grand Designer who created everything. Science can be a great way to reinforce one’s faith. We live in a mathematical universe, and we serve a God of order and laws. Whether it is space, the earth, or the human body, everything points to a Creator and not to billions of years of random chance. Though creation has been severely impacted in a negative way by sin, the fingerprints of the Creator can still be found the deeper and further we look.

Q: You say that angels can move across dimensions. How did you come to that conclusion?
A: There are occurrences with angelic beings in Scripture that are best explained if they are multi-dimensional beings. That means they primarily dwell in the spiritual realm or spiritual dimension but can enter our three-dimensional world. Angels are in God’s presence sometimes and sometimes in man’s presence. We usually think that an angel has some type of spiritual supersonic ability to travel from heaven to earth, then back. If heaven were 13 billion light-years above the earth, then that is some serious speed. I believe that the spiritual realm is a higher dimension, and it is close to us. Angels do not have to travel so far; they merely step into our dimension and easily enter our three-dimensional world from the spiritual realm. The Bible supports this belief with the example of Satan, a fallen angel, appearing in the physical realm and in the presence of God in the spiritual realm. Satan appears to Eve in the garden, Satan tempts Jesus in the wilderness, but in the book of Job we see Satan entering the presence of God after returning from walking back and forth on the earth. Satan is moving between dimensions. In Genesis 18, three angels visit Abraham. They eat, talk, and spend time with Abraham. Then two of the angels go to Sodom to speak with Lot. This is one of the clearest examples of angels moving across dimensions. In Genesis 28, Jacob has a dream where he sees angels ascending and descending from heaven to earth. God was revealing to Jacob the truth that angels move back and forth from the spiritual realm to the physical realm. In Luke 2, a host of angels appear to the shepherds in the fields and announce the birth of the Jesus. The Bible says that the angels left and went into heaven. This again is an example of angels moving from our physical dimension into the spiritual realm. 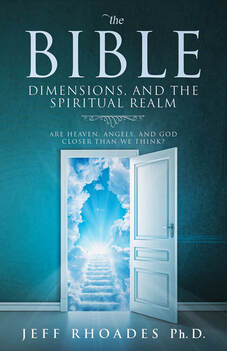 Q: Many Christians have dismissed the idea of a literal hell. What say you?
A: Though hell is a place most would rather not believe exists, the Bible talks about hell and gives warning to mankind to avoid ending up there. The Bible speaks of the reality of heaven and the reality of hell. Hell was created for Satan and his angels (Matthew 25:41). Therefore, hell is a place that spiritual beings will be located. The Bible also states that those who reject the gospel will be separated from the presence of God in hell. Just as we think three-dimensionally about heaven being way up, we tend to think of hell being down in the center of the earth. I attempt to challenge our thinking by suggesting that heaven is “up” in a higher dimension, where hell is “down” in a lower dimension. Hell is a dimension separated from God and His goodness (2 Thessalonians 1:9). The fact that the Bible speaks of the reality of hell is one of the primary reasons for the church to share the gospel and reach the world for Christ. If hell is not real, then it would certainly impact how (or if) we share the gospel at all. Christ came to earth, lived a perfect life, and died on the cross a humiliating and terrible death so people could avoid hell. If hell doesn’t exist, then Christ’s death was unwarranted.
Q: You say in the book that many Christians are turning to dark spirits more and more. Why is that? Do you have some examples?
A:  In 2018, Father Vincent Lampert told The Atlantic magazine that he had received over 1700 phone or email requests for exorcisms, by far the most he had ever received in one year. More professing Christians than ever are expressing a profound belief in the supernatural, especially the demonic. Televisions shows and movies about zombies, vampires, ghosts, communicating with the dead, and searching for the paranormal are more and more popular even among Christians. The internet is easier to access than ever before. Youth are learning about sex, gender identity, drugs, and have easy access to pornography. According to stats from SimilarWeb, internet users access porn websites more than Twitter, Wikipedia, or Netflix. Satan is in a battle for our minds, and he uses these types of entryways to influence people’s thoughts. These gateways are areas where people willfully turn from truth and are deceived. Further examples of entryways could be practicing or experimenting in the occult, taking drugs, past sins, or various kinds of abuse or trauma. Satan will use these gateways to wage war against believers by getting them to believe lies instead of truth.
​
Q: You say that the Apostle Paul tells us that we are in both a physical existence as well as a higher dimension existence at the same time. Can you explain?
A: Paul talks about the spiritual realm at length in his letter to the believers at Ephesus. He uses a Greek word translated “heavenly places” in the ESV five times. In every instance, Paul is speaking of the spiritual realm where heaven is and angels dwell. In Ephesians 2:6 Paul states that the believer is presently seated with Christ in the heavenly places. Some Bible scholars refer to the believer being positionally in the spiritual realm. In other words, they are not there yet but will be when they die and go to heaven. Pastor Tony Evans seems to believe they are there now, as quoted in my book. The believer is physically in the three-dimensional world, but when we were given life spiritually by God, we are at the same time in the spiritual realm with Christ. Our spiritual life gives us a connection into the spiritual realm even before we die.