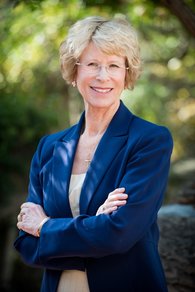 Q: What inspired you to write your new book?
At a casual lunch with some friends, our host led us in a grace prayer before the meal. That was it! Saying grace has always been part of my life, but this time something was different. It was an astonishing thought, too, because writing a book was the furthest thing from my mind, and I surely was not a faith scholar.

The grace I said growing up was different from the one my friend said. Well, I thought, there must be others I’d never heard before. What if I were to collect them—from all over the world—and create a book? I could even enhance each prayer with a Bible verse. In effect, I would simply become a compiler. I sent out inquiries, asking everyone to share, eagerly awaiting the replies. What a diversity of prayers there would be—from the world over! What I received back surprised me. It seems that there are, in fact, only a handful of “standard” graces; most are impromptu, made up according to how the day unfolds. Even more surprising were the responses of those who didn’t regularly say grace but wished they did—and would if they had some structure.

I set about writing, but publishers soon told me that there had to be an application. Back to the drawing board to add what came to be Grace Notes—short commentaries on each Scripture, making it applicable to today’s family. (I also felt that readers would appreciate exposure to different versions of the Bible, rather than to just one, which is the usual standard among devotionals.) I needed a much bigger education to pull off all that, so I studied hard, earned a certificate in Apologetics from Biola University, immersed myself in Bible studies, and traveled throughout the Holy Lands. Ten years of work and prayer later—and a lot of relying on God--A Spoonful of Grace is the result. If I had known early on what a formidable project this was going to become, I’m sure I would never have begun, passing it off instead as merely a wistful dream. But God has a way of giving us just what we can handle. I’m glad he did just that!

Q: What should parents know about this book?
A Spoonful of Grace is a collection of 366 mealtime graces inspired by all 66 books of the Bible. They are designed to provide meaningful exposure to prayer and to the Bible at a most opportune time: the family meal. They are unique, too, in that each one is inspired by its companion Bible verse(s) and enhanced by the Grace Notes, and all of this is designed to take less than two minutes. Quotations and ideas in the Grace Notes further illustrate the theme of the verse, and/or answer questions generated by the Scripture reading, all for the purpose of promoting lively faith conversations. Each day’s kid-friendly grace is meant to be read aloud by all family members and is short enough to keep the attention of hungry kids. Don’t worry—the food will never get cold! 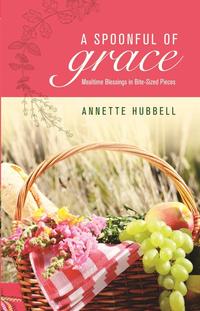 Q: How do you envision this book being used by families?
A Spoonful of Grace is suitable for every family, wherever its members find themselves along their faith journeys. Whether the parents are just beginning to integrate prayer and Scripture into their daily routine or the family is already saying grace together, this book sets the tone for family mealtimes: light-hearted, full of meaning and purpose, and understandable at multiple levels. The Grace Notes allow children to think about their actions and the daily choices they are called to make. I envision school-aged children taking turns reading each day’s grace and the parents guiding the ensuing conversation.

This book, however, is not just for families. Seekers or new believers can easily absorb the small doses of theology. A Spoonful of Grace is also great for grandparents and caregivers, busy people who want to add more Bible reading into their lives, or people who would like to say grace with others but don’t know how or where to begin. Because the Scripture is taken from easier-to-understand translations like The Message or the New International Version, people learning to speak English will also find it user-friendly.

Q: Why do you believe it is important to create intentional family time in today's culture?
We are fast becoming a society that communicates more through electronic devices than through the spoken word. Twitter- or texting-sized attention spans and social media interactions don’t lend themselves to developing minds or bonding opportunities, and family time (sans electronic devices) becomes more important than ever. I also believe that there is (at least) one thing that kids should see their parents doing every day: praying! What better way to develop a deeper relationship with God and to strengthen family ties than to eat and pray together? With A Spoonful of Grace families have an opportunity to pray together, to say meaningful things to each other, and to get to know one another. When I tested A Spoonful of Grace with some families, one response was, “These prayers consume the entire conversation during dinner.” Another family told me that their 15-year-old appreciates his family more by spending this quality time together. My aim was to keep these graces and devotionals witty and to the point in order to capture—and then hold—a young person’s interest. I hope this book will help turn mealtimes into fun- and faith-filled conversations about issues that count—like sharing, honesty, friendship, respect—and, of course, God. 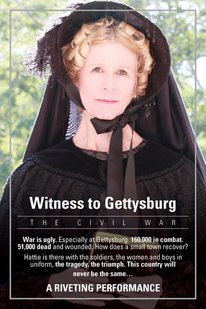 Q: You also write plays and do a little bit of acting. Tell us more.
In 2007 my husband and I explored historical sites along the East Coast. Unbeknownst to me at the time, this was to be a vacation that would change the direction of my life. Our Gettysburg B&B offered something unique: actors gracing us daily with Civil War stories. The Confederate scout Jeb Stuart regaled us with accounts of his exploits. A soldier taught us to fire a musket. A widow recounted her days caring for casualties. We were mesmerized, and I was hooked! The next day I awoke to an epiphany: tell the story of Gettysburg back home in San Diego. Tell it to students studying the Civil War—add depth to their study; engage their curiosity, intellect, and interest. And so Hattie Elizabeth Turner, based on a real live character, was born. The story needed to be compelling: one that focused on the battle while setting it within the context of cultural and world affairs. A story in which the character stood invisibly alongside generals and soldiers to give people the sense of being there as the battle unfolded, and then relating the story of what had happened to a community after the smoke had cleared and the soldiers marched on.

As my comfort level with Hattie’s role grew, my biblical studies took me into a deeper relationship with God. This gave me the ability to transform Witness to Gettysburg into a testimonial of sorts: one that allowed Hattie to express God’s place in her life and the manner in which he had guided her through the tumultuous days of that fateful summer.

I have two other productions in my little company: Tea with Mrs. Roosevelt and Legends and Heroes. “Tea” is an endearing look at Eleanor’s life, focusing on how this unique and fascinating First Lady helped shape the presidency of Franklin Delano Roosevelt. “Legends” recounts the lives of eight people who were famous—or had once been famous. The world, for the most part, doesn’t know their journeys—or that their world-changing impact was based on their willingness to follow God’s calling.

Q: What is your background in ministry and acting?
Learning on the job, so to speak, I began writing and acting in 2007 after retiring as a general manager of a water district. What started as a desire to infuse an aura of real-life drama into historical vignettes grew into a production company performing all over San Diego County. I also volunteer at my church and believe that what I am doing is what Jesus asked all of us to do: “Tell them how much the Lord has done for you” (Mark 5:19) 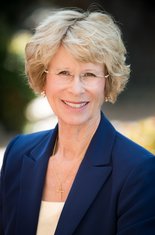 Annette Hubbell earned her undergraduate degree in Marketing from San Diego State University, her M.B.A. from Cal State University in San Marcos, and a Certificate in Christian Apologetics from Biola University. In venues as diverse as performing art centers, community theaters, and classrooms, she has performed Witness to Gettysburg almost 200 times, as well as starred in the docudrama (edited by 33-time Emmy Award winner Robert Gardner) of the same name. She was awarded Presenter of the Year twice at the Civil War Round Table of San Diego and is a member of the Daughters of the American Revolution (DAR). Hubbell lives in San Diego, California, with her husband of 33 years, Monte. They have a daughter, Amy, who lives with her husband, Scott, in Los Angeles, California. For more information, visit www.AnnetteHubbell.com or www.SpoonfulOfGrace.com.