We are a public relations firm specializing in publicity and marketing campaigns for Christian artists, authors, speakers, films, pastors, CEOs, non-profits, tours, events, churches, and any product that appeals to the Christian or faith-based marketplace.

With over 30 years of experience, we offer clients a wide range of services and strive to represent every client with the utmost integrity.

​Our current client roster is below.  Feel free to explore our website for further details on how we may serve your needs.

Author and former NFL chaplain says the #MeToo movement has its place, but women will benefit more from a "man manual"

​Author, pastor, and long-time NFL chaplain, Rod Hairston, was hesitant to write his newly-released book, “Cover Him: Caring for the Hidden Needs, Thoughts and Feelings of the Man You Love,” because he felt it might be misconstrued by the #MeToo movement as chauvinistic, even though he is a full supporter of the movement. But, he says, if women really want to communicate with men on a new level, they need to know exactly how men think and feel...

Though it has been nearly five years since releasing her last book, award-winning author, speaker, TV host and national recording artist Shannon Perry never meant to take a hiatus from writing. During the past few years, Perry saw her mother diagnosed with cancer, which she subsequently passed away from in 2017. While her mother was fighting for her life, her father was also diagnosed with cancer, requiring immediate surgery. In the midst of her caretaker role as an only child, Shannon continued to speak at conferences and events across the country where she asked women of all ages to describe the most difficult challenges they face on a daily basis. Find out how Shannon discovered the twelve core issues that affect almost all women, and why she thinks women's ministry as a whole needs a reboot...

Are churches turning away families of autistic children? 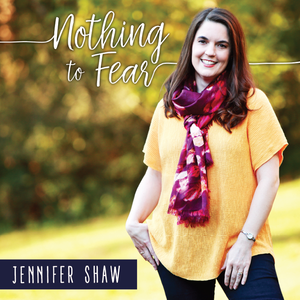 ​Telly Award winning singer/songwriter, author and speaker Jennifer Shaw recently penned an article about how churches are unwittingly turning away families of autistic children. As a mother of a boy who struggled with Sensory Processing Disorder, she has witnessed first-hand the difficulties families go through. But the trials she faced earlier in her life served as preparation for adopting three, 7-11 year-old children with medical issues from China in less than two years. Her new album, Nothing to Fear, is a showcase of new songs that reflect the journey she and her family have taken.  Find out how this now mother of six found the courage to respond to God's miraculous prompting...

Has the fatal flaw in the theory of evolution finally been discovered? 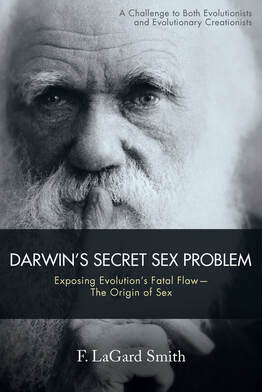 According to a recent Gallup poll, only 38% of Americans believe that God created man in his present form, the lowest percentage in 35 years. The same percentage believe man evolved, but that God guided the process. By these statistics, it would seem Darwinism is now accepted as unchallengeable truth, but law professor and author F. LaGard Smith’s latest book may spark a new debate about the scientific validity of evolution. In “Darwin’s Secret Sex Problem: Exposing Evolution’s Fatal Flaw—The Origin of Sex”, Smith points four years of extensive research to one final conclusion: Microbe-to-man evolution is simply bad science...