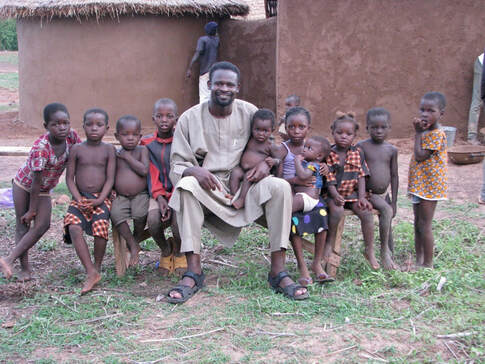 Okongo Samson understands abuse. He has experienced it first-hand. Few people have felt a power drill bore holes into their legs. But Okongo has. All because he dared to talk about Jesus Christ. He tells his powerful story in the new book, “Abducted But Not Forsaken: How One Man’s Escape from a Notorious Terrorist Brought Hope to Africa.”

Early in his life, Okongo felt the call of God on his heart. He believed God had given him a very specific edict — to use him in the uttermost parts of the world. At sixteen years old, Okongo was excited to learn about a missionary trip taking place near his home in Kenya. He signed up, boarded the bus, and then went to hell on earth. His bus trip was cut short as a radical group of terrorists kidnapped everyone on board. What happened next was weeks of torture, sexual abuse, and unimaginable horror.

Realizing he was going to either die there or while trying to escape, he chose the latter, and waited for his opportunity for several days. He readied himself to be shot in the back and headed toward an open gate. He kept walking. Miraculously, he walked out of that camp. No one pursued him. No animal attacked him in the dense forest. He kept walking until he found someone to help him. He was free.

That’s when the anger kicked in.

“I was angry with God,” says Okongo. “I didn’t understand why He was allowing such evil to happen to me or to others. I prayed daily that my abductors would die, but they just continued to do unspeakable things. I was free, but I was hopeless. I was confused and bewildered as to why this had happened.”

As Okongo began to reluctantly tell his story to others, he realized his escape was indeed a miracle. Still feeling a strong ministry call on his life, he kept sharing the Gospel with anyone who would listen, even though he still struggled with emotional and physical scars. He began speaking to larger groups while doors opened in other countries for him to minister. That’s when his nightmare truly began.
​
First, he was imprisoned in Yemen for sharing the Gospel, then he was thrown into a Saudi Arabian prison. It was there where Okongo experienced life-altering torture. The guards asked him day and night to pronounce Muhammad as the only true prophet of God, but Okongo refused again and again. One night as he was being beaten, he heard the sound of a power drill and then felt it cutting through both his legs. An iron bar was placed in the holes and he was hoisted to the ceiling like a slab of meat. He blacked out. When he awoke, he was on the ground writhing in pain. Once more, his captor told him to agree that Muhammad was the only true prophet, and Okongo agreed with his voice, but knew in his heart it was a lie. Racked with guilt for disavowing the name of Jesus, Okongo remembered a song that honored past martyrs and began to sing. 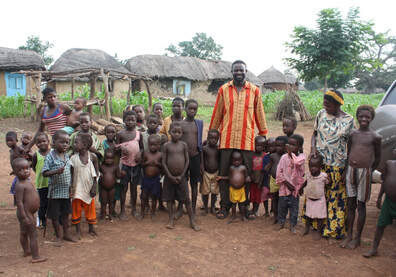 ​“It wasn’t lost on me how the lyrics of that song spoke of Christians long ago being brought before a tyrant’s throne and told their lives would be spared if they renounced the name of Christ,” says Okongo. “One by one, they had chosen to die. I hadn’t. All I could do was believe that Jesus knew the intent of my heart and that He would forgive me. I was going to die anyway. I decided to die praising and worshipping the Lord. To this day, and until the day I die, I regret my actions. It bothers me that I waivered. It reminds me that, even though we are forgiven by God for our past actions, there are some actions that will always cause us to feel guilt and regret. Romans 8:1 makes it clear there is no condemnation, but this kind of guilt can be good. It is the type of sorrow that keeps us on the path of obedience to God and reminds us of His amazing grace and mercy towards us.”

Since then, Okongo has been imprisoned in 15 countries for proclaiming the name of Jesus. His physical body was often at the point of death, and he still grappled with anger and despair, but he poured over the scriptures to find solace and comfort. He was especially moved by the Apostle Paul’s ability to give thanks in all circumstances, even in the midst of his own imprisonments. Okongo began to realize his healing would come through one thing — forgiveness.

“I came to understand that by holding on to unforgiveness to those who had abused and wronged me, I was disobeying God,” says Okongo. “Engulfing myself in scripture, I began to become tenderhearted toward those who had hurt me. It was an act of obedience. In my flesh, I wanted to hit back and stay angry, but Micah 7 showed me that God showed love toward a rebellious people. He had every right to repay them with wrath, but instead He extended forgiveness and grace. God expected me to do the same to those who had abused me. The path for my healing was paved with forgiveness.”

Okongo traveled back to many of the places where he had been imprisoned and abused and extended forgiveness to his captors in person. In one Muslim country, the police officers were moved to tears by Okongo’s words, even asking Okongo to forgive what they had done to him. Okongo’s willingness to go back, despite his fears, opened new doors to the Gospel.
​
Today, Okongo’s ministry has grown into the international organization known as Unite 4 Africa, which has impacted people in 87 nations by providing sustainable solutions to communities, families, and individuals. His friendships with Muslims, many of whom have become Christians, has spawned underground churches in several Muslim-controlled countries. From discipleship training to feeding and educating orphans to offering clean water projects, Unite 4 Africa has become a lifeline for the poorest of the poor in many countries. 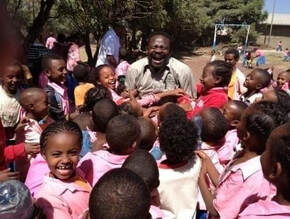 As Okongo recalls the call of God early in his life, that he would be used in the uttermost parts of the world, he now sees his suffering in a different light.

“When we overcome suffering, we gain a better understanding of what it means to be humble, courageous, and loving,” says Okongo. “Recognizing that we all carry wounds in our heart can help open the door to forgiveness. I approached each abuser in my path to forgiveness with the belief that they may not have known what they did, just like Jesus did on the cross. Learning to trust God as your protector is essential to release the other person who hurt you from their debt against you. As you forgive, you also become its beneficiary. Forgiveness decreased my depression, anxiety, unhealthy anger, and symptoms of PTSD. Forgiveness led to my emotional, spiritual, and psychological healing. Forgiveness puts the final seal on what happened to hurt you. You will still remember what happened, but you will no longer be enslaved by it.”