Q&A with David Butts
Author of "With One Cry" 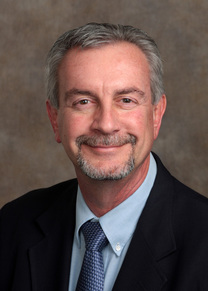 Q: You make the statement in the book that unless we repent as a nation, you have little hope for us.  What steps can the Church take to repent on behalf of America?
A: Repentance for a nation ideally comes from the national leader. If a President is not willing to lead us in repentance, one important action step for the Church is to seriously pray for the President’s heart, that he would come to see the need for nation-wide repentance. Spiritual leaders have an important role in this, and many in the United States have already begun to take this seriously.  In Atlanta on January 2016, more than 250 Christian leaders came together to spend significant time praying together, especially around the themes of repentance and revival. On a local church level, pastors need to preach on repentance, not only from the individual aspect, but the need and the how-to for corporate repentance. I would also encourage adaptation of the National Prayer Accord, in the appendix of my book, which develops a long-term rhythm of weekly, monthly, quarterly, and yearly prayer for revival and repentance.

Q: One of the book chapters urges Christians to go beyond nationalism. Explain that concept.
A: I hear a lot in the election campaigns about American exceptionalism.  I’m more interested in the exceptionalism of God! If our nation, or any nation, persists in rebellion against God, it will suffer the consequences. Simply being proud of your nation will not protect it from judgment. Nationalism can be a block to effective prayer because it doesn’t allow for repentance and transformation.

Q: Why do you think people, even Christians, seem so angry in this election cycle? And can prayer make a difference?
A: There is a great deal of anger in our nation and I think it is fueled by two things. The first is feeling out of control. There is a sense of the loss of what is known and expected. Christians especially feel the loss of what they have perceived as a Christian nation.  Closely associated with that is fear.  No one likes to be afraid, and constant fear will bring about a number of responses and one of them is anger. People are fearful of terrorism, a potential collapse of the economy, as well as what can seem like a collapse of society around them. Fear often reacts as anger, which is a defensive measure against the fear. Prayer is a powerful and effective way of bringing your fear and loss of control feelings to God, and can blunt anger before it ever begins to rise up in you. 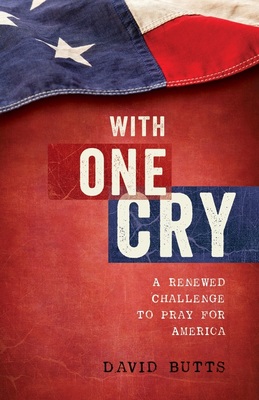 Q: You talk about Christians being the "away" team. What do you mean by that?
A: In sports, the home team enjoys the advantage of a friendly crowd and sometimes even friendly officiating. The visiting team, or the away team, sometimes has to play with a vocal and antagonistic crowd trying to affect the outcome.  The Church in America has been the home team for many years. But in recent years, the shift in our culture has often made us feel like the away team. Instead of cheers, there are jeers.

Q: Some people might say prayer doesn't seem to be working in our nation right now. What would you say to those people?
A: People often try to judge the effectiveness of prayer by what they see happening around them. That is looking at only one side of it. When God begins to answer prayer, He does it in ways that don't always match up to our expectations or timing. Do we really know what God is preparing even now? Our job in prayer is to ask as best we can in accordance with His will.  When and how He answers is up to Him. The ultimate reality is that prayer is a mystery known only to the Lord. Our job is to pray! The other point to make is, who knows what may have happened to our nation had we not been praying? We will not know until heaven how He has already been working in response to our prayers.  Without our prayers, we may have had multiple terror attacks or even worse cultural shift away from biblical values.  Again, our job is not to evaluate, but to pray!

Q: Are Christians praying incorrectly, and if so, how can this book help?
A: If we are praying for our nation, we are doing a good thing. Can we do it better?  Probably. And that means we discover how to pray according to the purposes of God and not just our own desires.  I believe this book gives many examples of practical ways to pray the purposes of God. Bringing the Scriptures into our prayers will always sharpen them and bring greater effectiveness.

For more than 13 years, David Butts has served as Chairman of the Board for the National Day of Prayer. Dave received a Bachelor of Arts degree from Lincoln Christian College, and Bachelors and Masters from Indiana State University. In 2014, he received the Doctor of Philosophy in Theology (PhD) from Atlantic Coast Theological Seminary. From 1974-1992, Dave served in various pastoral roles in local churches. In 1993, Dave and his wife, Kim, launched Harvest Prayer Ministries.

Besides authoring numerous magazine articles on prayer and missions for various publications, Dave is the author of “When God Shows Up,” “Forgotten Power,” “Desperate for Change,” “The Devil Goes to Church,” “Prayer and the End of Days,” “Asleep in the Land of Nod,” “Revolution on Our Knees,” “Pray Like the King” and “Vertical with Jesus,” which he wrote jointly with his wife, Kim.  For more information, visit www.HarvestPrayer.com.