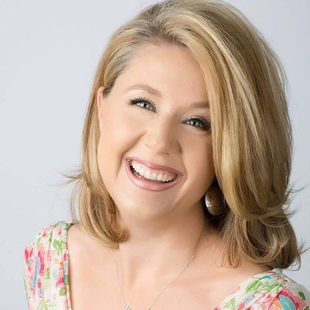 Every August since 2008, Shellie Nichol celebrates a birthday the doctors told her would never happen.

She had already survived 30 years of tremendous pain and loss—physically, emotionally, psychologically—and reinvented her life four times. But nothing would prepare her for the sight of a priest standing at her teenage son’s hospital bed, performing last rites.

“After all the mess and pain, struggles and strife, I felt I’d finally arrived at happiness,” she says. “Funny thing, that word ‘happiness’…it has the capability of transforming into terror suddenly and without warning.”

Shellie was physically and mentally abused as a child, molested, bullied, rejected, battered, lived through two divorces, fought off cervical cancer, lost a child, suffered from an eating disorder, experienced debilitating panic, anxiety, ADD, OCD…and right then, in the throes of hard-won peace and  happiness, a doctor pronounced a death sentence for her first-born.

That’s when the real journey began. And now readers can marvel at her survival skills in Destination: Hope – A Guide Through Life’s Unexpected Journeys. Written as a road trip, this memoir/self-help book asks readers to buckle themselves into the passenger seat as Shellie chauffeurs them on a ride through life’s losses and recoveries.

And yes—the destination really is HOPE.

“In the midst of everything, I made a choice—a conscious choice—to believe in the sovereignty of God,” says Shellie. “Once I believed that, I found hope. Once I found hope, I gained courage. With courage came endurance to withstand absolutely anything that came my way. And because of the endurance, my heart was changed and I was mentally free to help others on their journeys.”

In 14 easily-readable chapters, Shellie guides readers through personal tragedy, helps them identify emotional crossroads, then challenges them to take the same steps she and others took in similar situations. Each chapter ends with a poignant invitation for readers to “Think, Feel, Do” something—anything—to find hope in the midst of strife and God’s grace along the way.

As a bonus, the book provides links to past radio shows (via soundcloud.com) to hear full interviews of people featured in five of the chapters. These are powerful stories—many of them so heart-wrenching, they’re difficult to comprehend.

“I’m honored to have had the opportunity to share in their journeys,” says Shellie, “and each one of them has changed my life. Each person made it through a storm—some through many storms. But they all had one thing in common: they had hope in their hearts.”

Although Shellie envisioned a singing career and was on that path, that wasn’t God’s ultimate plan. While singing and sharing her message of hope at a little church in Texas, she heard a voice in her head say, “You’re going to talk more and sing less.” So she went online and searched for “how to start a radio show.” Blogtalkradio.com came up, she followed the tutorial, and, “I just did it,” she laughs. Shellie hosted Begun as “Hope’s Not A Crime” in 2012, the program re-launched as Amazing Hope Radio in 2015 with a mix of inspirational music throughout the week, Amazing Hope stories of faith on Saturdays, and “The Hope Behind the Music” segments at 11:00 am PST throughout the week. “It’s your 24/7 hope refill station,” says Shellie. Amazing Hope Radio is the fastest-growing Christian radio station on live365 and the Internet.

Shellie’s life story is a challenging testament of hope and healing for those seeking an alternate route on a difficult road through life. Her own life experiences have given her a heart for those left behind, with a special focus on foster children. Over 15 years, Shellie’s family has fostered 37 children—some with special needs—who blend into her own family of eight, plus three dogs.

“I will not tell you that I breezed through life’s trials,” Shellie insists, “that simply because I’m a Christian I was able to skip through the hard parts. God wasted no time showing off what He will do in the midst of a trial. Right smack dead in the middle of my life falling to pieces, God planted the seed for the Hope’s Not A Crime Ministry, which now reaches more than 130,000 people a week, worldwide…and He continues to amaze me with His plans.”

Destination: Hope is a guided and beautiful journey, and Shellie is a qualified driver taking readers through personal tragedy, temporary setbacks and small victories with a deep and profound purpose that will always--always—lead them home. 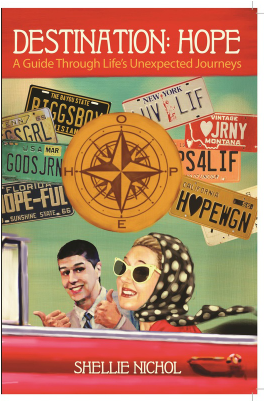 What prompted you to write the new book, ﻿Destination: Hope﻿?
I never in a million years thought I would write a book. I attended Venture Christian Church, my ministry and radio show began growing rapidly and I didn't know what to do. My church put me with a mentor and I met with him weekly to build my foundation and keep it strong. He told me one day “your ministry is a book, you need to write a book.” He gave me three months to finish it and I had no idea what I was doing. As I wrote it, I could see all the healing God had done in my life, I could see how everything I endured was being used for good....it was an amazing thing to see.

Talk about some of the personal issues that you address in the book.
I literally opened up my entire life story in this book. I address the abuse I suffered as a child. I grew up in a home where my mother hated my father. She was severely broken and cruel, not only to my father, but to me as well. My father was the life of the party one minute the next enraged and violent. Beating us with a belt, pulling out my hair, throwing us against walls and kicking us were common occurrences. I talk about the loss of my baby Chloe. I was just shy of 20 weeks pregnant when my baby passed away in the womb. I talk about being battered by a boyfriend in high school that sexually and physically abused me for four years. I am honest about my two previous divorces and how I drove my former husbands away. I discuss dealing with cervical cancer in my twenties. And I talk about the fatal diagnosis of my son, Kody.

Talk about your journey with Kody.
In 2008 when Kody was 15, he had begun getting sick, having a very hard time breathing, and he had a horrible tickle cough that he just couldn't knock.  We took him to the doctor and they said it was just asthma and gave him steroids and an inhaler then sent him home. After a few days, he seemed to be getting worse. My mommy gut told me to demand a chest x-ray. The chest x-ray revealed masses in his lungs which lead to a Bronchoscopy.  While my husband and I waited outside the door as they performed the procedure, we heard the doctor yell,”Go get the mother!” it was in that moment that I knew my life would forever change, I knew the doctor was about to tell me something horrible. She called me into the room and showed me my son’s airway...it was completely blocked. He was breathing through a hole the size of a stir stick straw. They whisked him up to the ICU and told us he was too far gone, there was nothing they could do, and he would never survive the surgery. My son was diagnosed with RRP (Recurrent Respiratory Pappilomatosis), a virus that grows wart-like tumors, one on top of the other on top of the other, webbing and closing the airway.  My son had the worst case scenario as it had spread to his lungs. This only happens in less than 2% of cases. This is a fatal diagnosis. That is, if we look at it medically. We took Kody from that hospital immediately and took him straight to Lucille Packard Children's Hospital Stanford. He did indeed die during the first surgery - he flat-lined. His lungs filled with blood and the doctor fought to save his life. We had to wait two days to see if the blood would clot in his lungs. He survived. Since then he has endured over 70 surgeries, the partial removal of one lung where he now has over 200 staples, countless MRI's, CT scans, two years on two different types of Chemo and hundreds of painful scopes to check his airway.  He was given less than a few years to live. He was told he could NEVER have children from the chemo. We just celebrated his birthday that was never to come.  He is now the father to a little girl named Josie Mae. He continues to have surgeries and issues, but his presence reminds me every day of the incredible grace of God. 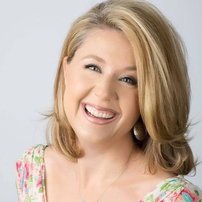 Have you ever felt like “Job Junior?”
Absolutely, and still do. Just because I have come out of all the trials does NOT mean God doesn't still bring them my way. The difference now is instead of being angry at God, although I do NOT want more trials, I welcome them when they come because I know this will be just one more chance to get to know God better, to grow in my walk and to help others.

What is the best advice you can give to someone who is dealing with tragedy or difficult circumstances?
Do not allow despair inside your soul, no matter how hard it is to resist. Look at this situation as a chance to grow. View it as an incredible movie -- thrilling, dramatic, and a real nail-biter --that in the end will be “inspirational” because you and God did it together and you are an amazing overcomer.

Talk about the “THINK, FEEL, DO” sections of the Destination: Hope.
I wanted the reader to take charge of their journey. I wanted them to truly take time to evaluate where they are, so they can drink in the book and find healing & hope.  My goal is to help get those that are stuck to get unstuck and move towards a destination of HOPE!

Why did you call your ministry "Hope's Not a Crime?"
The day the doctors called me to tell me to plan the way my son would die, I hung up the phone and began singing a song I wrote in 10 minutes. I had not named it, but I recorded it and let my friend Tamra, who was battling breast cancer, hear it.  In the song there is a line that says “hope's not a crime," and she said "that's it...you have to name your ministry Hope's Not a Crime.  The doctors kept telling us over and over that Kody would die. If I even tried to have hope, they looked at me literally like it was a I was committing a crime by having HOPE....and that is how it all started.

Talk about your new radio network and what makes it unique.
I hosted a show on a Salem Radio station in San Francisco for over a year, and decided to take it one step further and start my own channel. Amazing Hope radio is a place to come to have your heart filled with hope. It includes music as well as stories from others that have gone through trials. One show is called “The Hope Behind the Music,” a 30 minute show where the singer/songwriter shares their journey and the stories behind their songs.  Nick Vujicic has joined the team as well, offering his three minute daily hope messages.  We are thrilled with the response so far, and can’t wait to see where God takes it next.