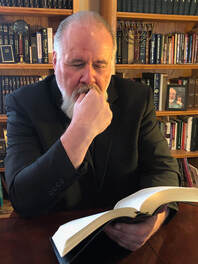 Q: Why did you decide to write this book?
A: Evangelicals struggle with mysteries. Answers are sought, meanings defined, and theology put in nice, neat boxes, for clarification, or simply to justify our denominational notions. Augustine notes, “We are talking about God, after all.  Why is it surprising that we do not understand? If we did understand, then it would not be God.” Divine Mysteries remind us that God is bigger than our preconceived ideas about His involvement with those created in His image. I also wanted to offer believers hope during times when life does not make any sense and gets messy.  God is bigger than our denominational mores and interpretations of Him.  Knowing that His ways are not our ways, and that His thoughts are not our thoughts, and that God cannot be completely defined, brings a surprising comfort for those who believe.

Q: Which mysteries do you feel most Christians misunderstand?
A: There are quite a few. Some examples from the book include:
The Mystery of God’s Body: The writers of Scripture would use references to God’s face, fingers, and eyes etc., using anthropomorphism to help readers understand the reality of God. For example, God’s eyes were mentioned to help us understand that He is all powerful and all knowing.  God’s ears were mentioned to encourage prayer, talking to God, which pleases Him, just as a human father is pleased to hear his son’s voice.

The Mystery of God’s Silence:  All believers are tested somewhere along their journey. God, at times, seems far away—silent to us.  God chooses to reveal Himself to His children at very specific times, and when He does, it is profound. Divine Mysteries addresses the biblical examples of God’s silence and the meaning behind each circumstance.

The Mystery of Mary: Mother of Jesus: Catholics extol her and Evangelicals ignore her. For centuries, every Jewish girl would wonder if she would be chosen to give birth to the Messiah.  Four centuries had come and gone with no message from God until Luke Chapter One, where Mary was chosen to give birth to the Anointed One, Jesus.  Why her? What was irreplaceable about Mary? How did she live? I cover all this in the book.

Q: Biblical literacy classes are being debated and have been added to some public schools in the U.S. Is this a good idea? Why or why not?
A: As a conservative theologian, I am pleased that scripture is being taught, as an elective, or requirement.  Knowledge is power. In ancient times, both Jewish and Christian families taught their children scripture. In the Jewish culture, their children were taught scripture, not only in the home, but in the “Beit Sefer” — beit, a form of bayit (house or home), sefer, a book, or scroll.  Beit Sefer means school, literally as “House of the Book”.  Similarly, Christians did the same thing in the home, school, or church, i.e., Catechism. 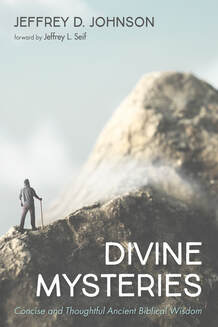 Q: Lifeway did a study and found that about half of Americans (53 percent) have read relatively little of the Bible. One in 10 has read none of it, while 13 percent have read a few sentences. Thirty percent say they have read several passages or stories. What are your thoughts about this?
A: We live in a culture that offers sound bites of knowledge.  A holistic purview of knowledge, or scripture is rarely pronounced these days. As a pastor for 17 years, I would lead the congregation through expositional teaching of scripture — chapter by chapter, verse by verse.  As an adjunct professor of systematic theology, and currently, president of Israel Today Ministries, I discovered that believers are not being taught scripture thoroughly, and are ignorant of basic scriptural knowledge. It seems to be the product of an entertainment culture in churches. We have personality/celebrity talks or rallies instead of verse-by-verse teaching, thus creating a shallow Christian community that has not been taught the holiness of reading scripture.

Q: Which mystery in your book do you believe will be the most eye-opening to people?
A: I believe the chapters about Eve and Mary will open people’s eyes.

Q: You do a lot of work with the people of Israel. Are there some things you can share about Israel that are not being reported in the mainstream media?
A: Living expenses in Israel are more than double here in the United States.  Both young and old need assistance. One in three Israeli children live in poverty. One in four of Israel’s Holocaust survivors (approximately 50,000) are also living in poverty. Survivors only receive a $1,200.00 stipend once a year from the government. Israel Today Ministries has been able to provide thousands of meals for the children, survivors, and families in urgent need of food.  Along with the food, we offer the presentation of the Gospel in both word and deed.

Q: Why should Christians be concerned about Israel?
A: Israel is the place where God became man.  The scripture is principally about Israel, the people of Israel, and the future of Israel. Scripture teaches that God will bless those who bless the seed of Abraham through Isaac and Jacob.  And, that He who touches Israel, touches the apple or pupil of God’s eye. Also, Jesus said, “Inasmuch as you did it to one of the least of these My brethren, you did it to Me.” The context of that verse is the Jewish people, the universal principle is our neighbor or the world.

Dr. Jeffrey Johnson is a Bible expositor with expertise in Jewish roots of Christianity, the Middle East, and theology. He is the founder and president of Israel Today Ministries which has helped feed thousands of Israeli children and Holocaust survivors. In addition to being an author of several books, he is a former adjunct professor of systematic theology and has taught in universities around the world including Harvard and Oxford. He received a Master’s degree from Moody Bible Institute, his Doctorate from Louisiana Baptist University, and Doctoral Research with the University of South Africa. For more information, visit www.IsraelTodayMinistries.org.

“The International Christian Embassy Jerusalem has worked with Israel Today Ministries for many years and acknowledges the support in particular that this organization has given to the less privileged and needy in Israel.  We are honored and proud to be working with Israel Today Ministries and have no hesitation in recommending them to other interested groups, individuals and organizations.”— Malcolm Hedding, Executive Director, International Christian Embassy Jerusalem

“[Dr. Johnson] has for many years faithfully preached the Word of God with accuracy and insight…an able expositor of the Word of God.”— John Walvoord, Dallas Theological Seminary

“A careful expositor of Scripture who has a particular interest in prophecy and Jewish studies”— Homer Kent, Grace College and Seminary