Q&A with Thane Keller
Author of The Conquests of Brokk series, and the newest installment,
​Doomsayer (book 3) 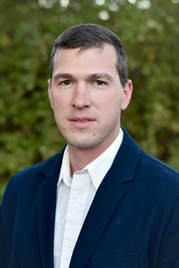 Q: Talk about your book series and what makes it different to other sci-fi stories.

A: The Conquests of Brokk is a science fiction thriller series set in a galaxy on the brink of war.  Brokk's mission is simple: take over the planet Tassi and force the occupants to surrender to the Jark Empire. In doing so, Brokk plans to become their Chancellor and bring glory to himself and his people. Galactic politics, however, get the best of Brokk and before he can clinch his victory, Brokk is abandoned by the Empire and left to fend for himself. Throughout this series, readers will be forced to reconcile morality through the eyes of warriors on both sides of the conflict. In doing so, they might just find themselves rooting for a side they didn't expect.

This series is unique because of the military expertise I bring to Science Fiction. I am a cavalryman with significant experience leading soldiers in combat. Every aspect of this fictional book has been strategically crafted. For me, one of the biggest let downs in space opera is how they ignore the effects of weapons in combat. They don't echelon their fires, engage in realistic maneuver, or leverage the assets available. In addition, I use real army doctrine and apply it everywhere — the fundamentals of Offensive Operations, the Principals of Reconnaissance, Thrust and Velocity as factors for space combat, and the effects of fear, guilt, and anger on all of us. I believe this provides the reader with a far more interesting look at what space combat could actually be. I also hope it gives the reader a look at true-to-life combat.

I also don't lead the reader to make judgements. Many science fiction stories are black and white—good versus bad—heroes that you can get behind. But that isn't really life. When you uncover the legendary characters of history, you find that they are complicated, sinful, and struggling in ways that we can all identify with. I want the reader rooting for all of the characters at different times because, like life, war is never simple. Brokk spent his whole life believing who and what he was to become. His enemies have grown up with similar, yet opposing narratives. War, for the soldier, is rarely about who is right and who is wrong; it’s about survival, friendship, loss, and moving on. War is complex, and yet, it is able to be decomposed into four simple elements: Thrust and Velocity. Action and Counter-action.

Finally, I think readers will find the series refreshingly unique in its wholesomeness. I've been deliberate to avoid sexual themes, foul language, and grungy undertones. This is a story that adults can be comfortable letting their teenagers read.

Q: Why do you believe these books appeal to the faith-based market?

A: I am always looking for clean entertainment that is provocative and enjoyable. Unfortunately, I have to close books more times than not because they are either unwholesome or unedifying. My brand of science fiction is something you can share comfortably with your kids or enjoy superficially as military space opera. But I don't want you to stop there — the different species in Doomsayer should encourage you to consider the science of genetic diversity, the nuances of spirituality, and the nature of man. 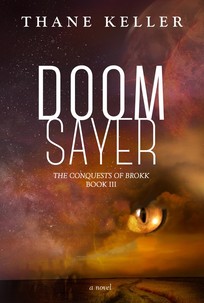 Q: There is an underlying theme to these books based on your knowledge of the Islam religion. Talk about that.

A: Years ago, I remember sitting with an Iraqi Sheik on the eve of their holiday Eid al-Adha, the day that Abraham almost sacrificed Ishmael on the mountain. After my patrol, I had to go back to the bible to verify that our scriptures reference Isaac as the son that Abraham almost sacrificed, not Ishmael. I had never before been exposed to the subtle differences of the religion that acknowledges Isa (Jesus), but not as a Savior. It acknowledges Abraham, but as he relates to Ishmael, not Isaac. Islam acknowledges the concept of a warrior savior that will return, but as he relates to the Islamic savior, the Mahdi, not the second coming of Christ. Superficially, I've tied these themes to The Conquests of Brokk, but I'm not a scholar. I hope the undertones in my novel encourage readers to think deeply about these two religions.

There are other faith-based undertones that are important to note that will hopefully lead to some thoughtful discussions among readers. For example, the species in Doomsayer (and the rest of the series) are genetically similar. It is that similarity that leads scholars to look at two different causes: common ancestor and creation vs. mutations and evolution to create genetic diversity. What's important is that breeding in isolation reduces the gene pool and does NOT result in new species—it results in commonalities within the isolated populations as the gene pool narrows. To have the diversity of species we see in Doomsayer, the galaxy would have to come from an ancestor with more genetic diversity to allow for a narrowing as species spread throughout the galaxy.

Q: What do Christians need to know about modern-day Islam? What do you believe is the biggest misunderstanding between the religions?

A: As a group of people, Muslims have suffered horribly from Salafi groups that seek to impose a strict and fundamental view of Islam. In fact, they have lost far more lives to attacks than the Christian minority in many of these countries. I have had great joy interacting with my Muslim Brother's-in-Arms. I've taken them to shooting ranges, gone on patrol together in dangerous areas, and had dinner with them. We've studied for academic tests together! Christians owe the world love and compassion. We must engage them in dialog; dialog creates understanding and builds the foundation of a relationship. If we trust that our God is sovereign, where is there room for fear? That said, I believe the most important thing to understand is where Jesus fits in all religions. To tell a Muslim about Isa ‘Peace Be Upon Him’ (Jesus) would result in Him being met with reverence, but in Islam, he is not God and it is considered blasphemy to suggest that He is God. In Jesus, Christians have a Savior who doesn't judge us by the merits of our works. No other religion can say the same. I suggest the Gospel of Jesus is where we start and end. Who is Jesus? This question sets the pace for everything else.

Q: Tell us about the new book, Doomsayer

A: Doomsayer is the third book in the series and it follows Brokk, the exiled Fleet Commander as he schemes toward victory. Brokk wasn't familiar with what it meant to be a scapegoat until he lost the battle for Tassi. Forced to hide his fleet in the void of space, an exiled Brokk sets his heart on revenge. If he can’t be the Chancellor of Tassi, he’ll make himself the ruler of Jark. His plan for domination takes shape when his high priestess, Tamara, suggests a provocative solution: take advantage of Jark superstition by sending her as a prophetess to proclaim his coming. As Doomsayer ends, there is but a single, absolute certainty: when leaders leave morality to chance, the battle for galactic supremacy will become a long, starless game of bided time and infinite retributions. For what each forfeit, each will pay.

Q: What books or authors are similar to your style?

A: I love Dean Koontz and would be flattered to draw a comparison with him. His pace is quick and descriptive and his focus is typically more singular than an epic novel would be. This allows busy folks like me to enjoy getting through his novels and move to the next one. Unlike Dean Koontz, I like to stay in the thoughts of my characters. Readers can view the characters’ emotions in italics as they are narrating and acting within the story. 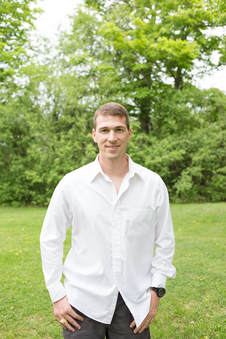 ​Thane Keller is a graduate of the Virginia Military Institute with a degree in psychology and a minor in English. Following college, Thane married his high school sweetheart, Sarah, and started his career as a cavalryman in the United States Army. Over the course of his career, he has deployed to both Iraq and Afghanistan where he was personally engaged in ground combat. He has earned two Bronze Stars and numerous other awards and decorations. Relying on his background in psychology, military experience, and Christian faith, Thane writes novels that seek to explore human nature under dire circumstances, the reality of pain and suffering, and the resilience of individuals to accomplish superhuman feats. He and his wife have four children. For more information, visit www.ThaneKeller.com.

“Thane Keller provides a combat veterans insight into the nature of conflict wrapped in a modern high tech interstellar conflict. ‘‘Doomsayer’ is a twisting story of regime change that would amaze the CIA. Read this book, and you will buy Thane’s other books just like I did.”--Rob Bowen, Industrial Engineer, sci-fi fanatic, and pretty darn good fly fisher

“He has done it again. In the third installment of this trilogy, Thane keeps the pages turning with plot turns and brilliant character development. I could not put this book down and look forward to consuming more from this author in the future.” --Peter Doyle, Ph.D. Physical Therapy
​