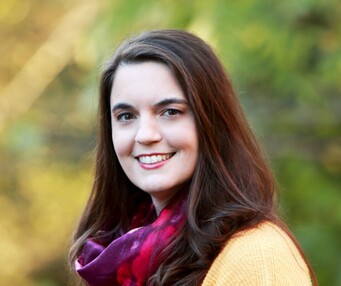 Q: Talk about what led you to writing your first children's book.
A: Our adoptions have really changed our entire life and family. I've had so many requests to write a book about the process and I know it would be a great book with a story I would love to share! But, unfortunately, there are other people involved than just me, and I really need to respect my children's privacy. Their stories are theirs, and they have a lot of hard things in their past they don't really want broadcast to the world. Their feelings of safety in our family must take priority. At the same time, I really wanted to bring awareness to adoption. We feel like our family can be a voice for some major themes like loving people who are different and respecting and honoring other cultures and backgrounds. As I was mulling all of this and praying about it, the idea of a children's book just popped into my head.  It seemed like a good way to share the basics of what happened without sharing the private details, and we could bring attention to all those themes that are so important to us as a family.  I took it to my kids first and asked what they thought, and they were all on board.  The younger kids call it "our book" now, and I love that so much. I also love the idea that this is a book families can read together about how to love each other better.

Q: Your oldest biological daughter actually did all the illustrations in the book. What was it like collaborating with her?
A: That was pure joy. I love creating things, and so does she. I have literally no ability in the visual arts, but I am so, so proud of her talent and abilities. She has several styles, and as I was thinking of the script for this book, I was picturing it in her drawing style and could already see how she would do it. And then watching it come to life and having it be even better than it had been in my head was amazing. We obviously know each other really well, and she's very familiar with the subject matter.  I am beyond proud of the work she's done on it.

Q: In less than two years, you and your family adopted three children with medical issues from China. That seems like an unusual situation. What was your motivation?
A: I say it often, but our motivation truly was just that children need families. I am a Compassion International artist, and we had been on several trips with them and some other organizations. We met so many orphans around the world, and it would break my heart.  We realized that orphans over about the age of three, and especially those with medical conditions, are almost never adopted. After praying for a long time about it, we felt called to adopt, not because we needed more children (we have 3 biological kids) but because there are children who need families, and we knew we could make room in our home and in our family.

We first chose to adopt Noah. People always ask me how we chose China, and I tell them, we didn't choose China.  We chose Noah, and he happened to be in China. Noah has a serious heart issue, so we brought him home and wanted to get him through his most serious surgeries before we committed to anything else.  But we knew that if we could get Noah to a better place medically, we were going to try to adopt at least one more child.  I think it would be so hard to be the only child in your family who was adopted, or the only child in your family of your race and culture. After Noah's surgeries went well, and he was stable, we decided to adopt again, and that was when we matched with Ethan. But the process is really difficult both emotionally and from a time and work perspective. We were offered the opportunity to do two adoptions at once, and after a lot of prayer, we decided to go ahead with that.  We were then matched with Anna as well, and Anna and Ethan came home at the same time. It was truly intense, but God's hand was absolutely in it, and I think we were so right about giving them siblings who could relate to what they've each been through.  Our "littles" as we call them since they are the youngest, have bonded and truly become family, and it's been really helpful to them to have each other. Their early stories have so many similarities, and they go to Chinese school together and gang up on me for recipes and make fun of my Mandarin pronunciations. 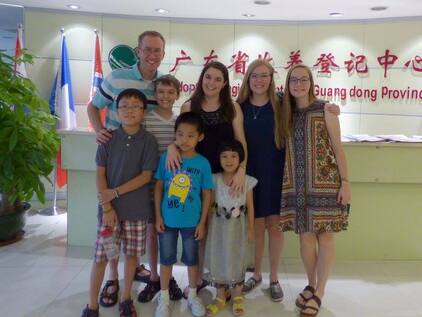 Q: What have you learned about God during your adoption journey?
A: We were in China with Noah, and he was having a really, really hard day. He was losing everything he knew. He began realizing that we didn't speak Chinese and he was going to have to leave with us. He didn't know us or trust us yet, and he was homesick. And so he was really acting out, and it honestly got very difficult. At the same time, I was realizing that my family was changing permanently, and I had no idea how any of it was going to work out. I was panicking. It's pretty terrifying to go halfway across the world and have people hand you a nine-year-old, sassy boy you can't communicate with who has a life-threatening health condition and say, "well, there you go! Take him home, good luck!"

I had a moment where I was looking at Noah walking away from me while yelling things at me in Chinese (I'm probably glad I didn't understand him then!) and had the thought, "Hey, I didn't have to do any of this! My life was pretty good, and I didn't need to work so hard for a year and come all this way and spend all this money and then have this child be so mean to us! I didn't have to do it!"  I was instantly struck by Philippians 2. It was like God spoke right into my brain and said, "Oh, so you've never been a sassy jerk in your life?  I didn't have to come either, you know. But I came for you. And I came for him too." It was just an instant reset. Because I realized that I really am nothing, and yet somehow God loved me that much and came anyway. It felt like a great covering of God's love over me, even though He was actually telling me to get over myself.  Our lives are not our own. When we follow Christ, we are to be His people in the world, and that means giving up control. Saying yes to something means saying no to something else. There are many things I would like to do that I can't right now because we have so many kids at home, but I know this is where God has me now. I want to be where He wants me because that is where both true adventure and true contentment lie.

This has been the hardest thing we've ever done, and there were days I honestly didn't know if we would get through.  But we did because of God's strength. So many people think if something is hard, it means they've made a mistake or gone the wrong way, but that's just not true. Sometimes God calls you to hard things. Hard doesn't equal bad. Sometimes hard just means hard. But He is also reliable and will give you what you need to do what He's called you to do. He's grown so many of the fruits of the Spirit in me through this.  And I have seen the changes in my children as they began to believe they are our family and we are not going away, and that we truly love them.

Q: Talk about your experience with Madison Adoption Associates.
A: When we were going through the adoption process, children were still assigned to agencies. That changed only a month or so after we brought Ethan and Anna home, but at the time, different agencies held the files of different children.  We had used another agency to adopt Noah since they had his file, and we wanted to go with them again since our process had gone well. But one day, I saw an advocacy post pop up on an adoption group about Ethan, and I just couldn't get him out of my head. I showed it to my husband, and we decided to send an email inquiry about him, not really expecting to hear for various reasons. He had been assigned to Madison. Well, a while later after we thought he must have been matched with another family, we got an unexpected call saying that after review they thought our family would be the best match for him. We were thrilled! But we were also nervous about switching agencies. Adoption is so complicated, and we didn't want to lose the small advantage we felt we had by at least being familiar with our first agency. We didn't need to worry. They did a great job talking us through the differences. And, two months after we were matched with Ethan, we were approved for a second simultaneous adoption, and they matched us with Anna!  Madison is a much smaller agency than our first one, but that also meant they could be more personal. They also knew our kids individually and had met them and spent time with them. If we hadn't made the switch, we wouldn't have either of our children, so we can't thank them enough.  One thing I appreciate so deeply about Madison is their commitment to older children and children with special needs.  Their vision is truly to help the kids who are least likely to be seen, and I just love that about them.