Q&A with Michael Abbott, Jr.
Author of "Entitled to Slavery: A Blueprint for Breaking the Chains that Threaten American Exceptionalism" 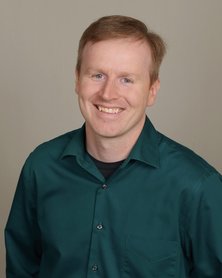 The title of your new book is quite provocative.  Tell us what you mean by “Entitled to slavery.”
A: History shows every advanced society progresses through the following nine stages:  bondage…to great spiritual faith…to courage…to liberty…to abundance…to selfishness…to complacency…to apathy…to dependence… and tragically back into slavery.   When the left tells us that we are “moving forward” or “progressing as a culture,” they are right!  What they don’t realize, however, is that we are only moving forward to the next stage in this lifecycle, which is the default human condition of slavery.  If we truly want to discuss an entitlement mentality, this is the appropriate starting point from which we must begin.

​Q: Throughout your book, you describe a concept you refer to as “Cultural Evangelism.”  Can you expand a bit on this?
A: Last September, the Brown University student body president announced plans for the university to place feminine hygiene products in all men’s bathrooms.  He explained this new directive in a letter to the student body, explaining that he hoped the action would “motivate other universities and student governments to take similar actions to address this issue of equity.”  This bold action was taken despite the absence of any scientific accounts of even one man ever menstruating.  Take a moment to think about what this action is doing.  Putting tampons in men’s rooms represents the incorporation of the faith in the unseen (men menstruating) with an overt purpose of evangelizing a secular humanist worldview (specifically, the cultural worship of human sexuality).  This is cultural evangelism.  This is the integration of church and state.  This is hypocrisy.  And do you know what?  Cultural evangelism works.  New York University, Cornell University, and UW-Madison have since mirrored the policy.  It’s time we learn how to identify and expose the duplicity of the left, and my book shows how you can do just that.

Q: What rights do parents lose simply by sending their child to a public school?
A: In 2001, a California school district elected to survey elementary school students on highly-charged sexual themes, a situation that triggered a lawsuit from a group of outraged parents.  Let me just read a couple of excerpts from the legal opinion of the Ninth Circuit Court following this episode:

There is no fundamental right of parents to be the exclusive provider of information regarding sexual matters to their children.
Parents have no due process or privacy right to override the determinations of public schools as to the information to which their children will be exposed. [Parents] have no constitutional right . . . to prevent a public school from providing its students with whatever information it wishes to provide, sexual or otherwise.

Once parents make the choice as to which school their children will attend, their fundamental right to control the education of their children is substantially diminished. My wife and I have chosen to home school our kids for these and many other reasons.

Q: You talk about three historical empires that mirror the model of Common Core. Talk about those similarities.
A: Common Core is an attempt to completely nationalize education in the United States of America.  These efforts march in lockstep with China during the reign of Chairman Mao, Nazi Germany under Adolf Hitler, and the Soviet Union under Vladimir Lenin and Joseph Stalin.  All of these totalitarian regimes nationalized the system of education to achieve results that were hardly in the best interests of the children.  Of course, this didn’t stop the Department of Education from publishing a quote from Chairman Mao on its website in 2013.  Its website only lists one reason for the onset of Common Core, and that is a currently “an uneven patchwork of academic standards.”  In other words, the entire reason we are overhauling our academic approach is to eliminate the problem of intellectual diversity.  I thought diversity was the most sacred value in modern culture? 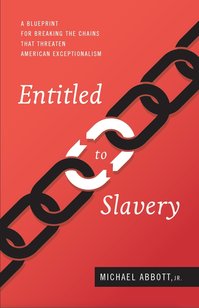 Q: One of the chapters is called A Shameless, Parental Dereliction of Duty.  What are you referring to?
A: Every parent wants what’s best for their children; however, by and large, we have parented our children according to what I term the four pillars of modern parenting.  The first of these is the promotion of poverty.  How can indebting young adults to the tune of $200,000 for a college degree possibly be in their best interests?  The second is the outsourcing of supervision.  The television, tablet, and smart phone open up a world of information, but without any controls, they function as virtual pacifiers for our young children.  The third is the rejection of work, despite the fact that work is the very prerequisite for attaining independence!  The final pillar is the suppression of discipline, a tool of correction that has become misconstrued as a form capital punishment.  Together, they provide the perfect recipe for the rearing of children who are totally dependent and directionless as they enter adulthood.

Q: When Americans think of the political party that embraces science, they typically think of the Democrat party. You really derail this narrative in your book.
A: Let me use the university network to highlight an example of an inconsistency with this perspective.  The current application for admission at the University of California features six different options for a candidate’s gender.  Think of that: a state university formally rejecting biological science…on its application for admission into the College of Biological Sciences!  Here’s a second example.  Why do certain politically-expedient positions, such as climate change, receive an exemption from the rigors of the scientific method?  Time and again, the terrifying predictions of climate alarmists fail to materialize, but we are told to ignore this scientific data and offer blind support to their cause.  That is antithetical to science.  Lastly, why won’t supporters of increasing minimum wage legislation ever use tangible economic data to sell their message, choosing instead to make listless appeals to human emotion?  Entitled to Slavery submits numerous examples such as these to empower conservatives with effective counterarguments when presented with this bogus claim.

Q:  Why would the national department of health order doctors to violate the Hippocratic Oath?
A:  Because we live in a culture that rejects biological science.  Section 1557 of the Affordable Care Act prohibits any discrimination in health programs on the basis of a number of factors, including age.  Last year, the US Department of Health and Human Services issued rules informing doctors that declining to perform gender reassignment surgery on children could be a potentially career-ending decision.  Why?  Well, it would constitute discrimination on the basis of age.  Did you know that WebMD links gender dysphoria with severe distress, anxiety, and depression, and UCLA researchers found that 41% of people who suffer from gender dysphoria attempt suicide at some point in their lives?  Yet, by law, we now force doctors to perform a procedure on a child that will likely lead to distress, anxiety, depression, and even suicide.  Those aren’t my words; that’s scientific research.  This is how the Affordable Care Act orders doctors to violate the Hippocratic Oath.

Q:  You say that abortion and the minimum wage are two of the most important issues in our society today.  Why the minimum wage?
A:  The minimum wage cements the notion that the state is the giver of basic human rights.  That sets a dangerous precedent, particularly since human nature is so prone to outside influence.  Setting this concern aside, however, the main threat of a minimum wage is that it prices young people out of the labor market.  Researchers at the University of Georgia found that every 10% increase to the minimum wage is typically met with at least a 4.6% reduction to teenage employment.  When legislators increased the minimum wage by 12% in 2008, it was met with a 5% reduction to teenage employment.  Pressure advocacy groups are now essentially proposing a 105% increase in the minimum wage from $7.25 to $15/hour.  According to research and recent experience, this increase would cut the teenage labor force in half.  This action would reduce productivity, responsibility, and work ethic in the 16-25 year old demographic.  How does that benefit our society?  Without question, doubling the minimum wage would threaten our culture by fostering idleness and dependency, two conditions that generally lead to crime and civil unrest at full maturity.

Q: What do you see are some of the solutions to our society’s problems or are we too far gone?
A: We are most certainly not too far gone.  One of the foremost methods we can employ to restore our culture is to cut the circulation from the cancer that is progressive thought.  Have you ever stopped to consider the primary vehicle progressives use to portray the conditions most favorable to their ideology?  Is it not the television, a device to which we allocate thousands of dollars from our annual budgets?  Without the TV, our nation would never have embraced gay marriage or gender dysphoria.  We’d be far less likely to glorify adultery, and we would no longer be desensitized to violence.  Do you have any idea how devastating the action of turning off the television would be to the progressive?  I also show how conservative business leaders can definitively end the assault on the conservative values in the marketplace by deploying the very strategy that led the United States out of the Cold War.  I contend there is great reason to be full of hope, and the book is reflective of this optimism.