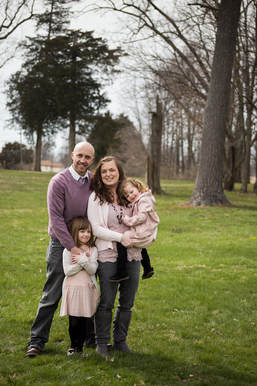 Q: Tell us about what happened to your family to prompt this book.
A: We lost our son David at six days old. He was born early at 27 weeks after I developed Pre- Eclampsia.  A year later, we got pregnant with Brooklyn. She was also born prematurely at 32 weeks. She is now five years old and doing very well. We realized after losing David how little support parents receive after losing a child, especially Christian couples, who often are expected to just move on and not let it affect them, simply because we believe in God. In this book, we describe how a young Christian couple dealt with grief and the reality of death. We share about the miracle birth we had with Brooklyn, and how we used prophetic words and faith in God to overcome our trial. We explain the faithfulness of God through it all and how he remains faithful regardless of whether we think He is or not.

Q: Why did you feel it was important to share your story?
A: We want to share our testimony to help others heal from brokenness. We want to offer hope, peace and joy for those who may have doubts. This book serves as a reminder that God is faithful and He is a good God that wants nothing but the best for His children. You often cannot recognize when people are dealing with the loss of a child. This isn’t a topic that most people talk about or even feel comfortable talking about. So many people are hurting, and therefore, they keep their stories to themselves because they fear judgment or feel like no one can relate to their pain. We want to share our story so others who have experienced tragedy can know they are not alone in their grief, and that there are people out there who have experienced what they have experienced and do understand and care.

Q: You talk about certain things that people said to you as you were grieving. What would you tell people not to say to someone who has lost a child?
A: Sometimes just being there is all people need. Sometimes we do not know why something happens. In fact, most of the time we won’t have the answers. Sometimes saying nothing at all is the most important thing we can do. Just love them, be there for them and help remain patient with them in their hurt.  If they act out in emotion or get mad at God, don’t correct them. Let them vent and be there for them as a safety net. Be a judgment free zone for them while loving them.
Don’t tell them it was “God's will”. Sometimes things happen because we live in a fallen world. Sickness, pain and death is a reality in this life. We cannot claim to know what God's will is in someone’s life. The Bible says God forms us in our mother's wombs, He makes no mistakes.

Another thing I would recommend not saying is "at least you have your living children”. Every child is important, and even though a parent may have living children, it does not take away the importance and love of the child they lost. Trying to point the blame on something the parent did or didn't do is more harmful than helpful. For example, I developed Pre-Eclampsia. The cause is still unknown. However, a few people, who did not understand this illness, tried to blame the illness on what I did and didn't eat or drink. Many women who lose a child, whether through miscarriage, early birth, still birth, etc., already wrestle with blaming themselves. I would suggest steering clear of saying anything that could come across as playing the blame game. Sometimes words, although delivered with good intentions, can do more harm than good. 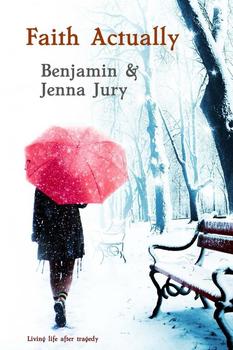 Q: How did your marriage change after your loss?
A: Both Ben and I grieved so differently. He drew closer to God and I wanted to pull away. However, our loss drew us closer together. Closer than ever. Our marriage became stronger. We opened up to each other in ways we never had before. We learned how to be there for one another without trying to control each other's grief. The normal results from tragedy that would tear apart the average couple made us stronger and closer and took us deeper in our faith.

Q: You got pregnant six months after your baby died, and there was also a chance that baby was in danger as well. How did that affect your faith?
A:  I couldn’t understand how a loving God could allow a baby to die. When I started to become sick while pregnant with Brooklyn, I was angry, and afraid we were going to lose her too. At David’s funeral, our pastor gave us a word from the Lord. Nahum 1:9 which says affliction shall not rise up a second time. And before I conceived David, a lady from our church gave me a note, she told me she felt God had told her this message was for me, but she was unsure of what it meant. It said “Daughter, do not trust in man, but trust in Me only, and I will do in you again what I promised you.” I didn’t understand it at the time, and had tucked it inside my Bible. While I was on hospital bedrest with Brooklyn, I decided to try and tackle my faith in God, Ben had brought my bible to the hospital and when I opened it, that note fell out. When I read it, I remembered the word our pastor had given us. I remember saying, “Okay God, I know I can either trust you or stay angry, but I need your help.” As I began to pray I felt my anger come up again, I asked God, “How could you say affliction won’t rise up again when I’m sitting here in the hospital, with the start of pre-eclampsia, yet again at 27 weeks?” I heard in my spirit God whisper, “Daughter this is not an affliction, watch and see what I can do.” So I immediately looked up the definition of affliction— a state of pain, distress, or grief; misery. I knew in that moment God had promised us Brooklyn’s life. I called Ben after he was out of church and told him that God has spoken to me, he told me God had also spoken to him. When I told him what I heard in my spirit, he was dumbstruck. God had told him the exact same thing at roughly the same time! This was confirmation for both of us.

We chose to hang on to God’s promise. I can’t pretend it was easy. It was difficult. Some days I was still angry. I missed my son. I knew Brooklyn wouldn’t replace him, and I wanted both of them with me. So it was hard, but it was during that time that I realized God doesn’t make bad things happen to us. He wanted us to have David as a part of our family. He grieved for us as He did his friend Lazarus. We will never know the answers why on this side of heaven. That’s okay, we decided to believe God would perform a miracle because that is the God He is. Sometimes my faith felt like the size of a mustard seed, but that’s all I needed according to His Word.

Q: What did you learn about God through this process that you didn't know before?
A: Believe it or not, we learned about the faithfulness of God. We learned about the numbness of religion and the reality of relationship with a patient, merciful, loving God. Though it may seem He is being unfaithful or at fault, He’s in control of all things and He knows the beginning and end. He knows how everything will turn out. He truly does work all things for our good. Even in the midst of our pain, God desires to be close to us. He weeps for us and hurts for us. He is not a mean, spiteful God that is "causing the pain" as some would like to say.

Q: What is the best advice you can give to someone who has lost a child?
A: No one is untouchable or immune from trials and tragedy, not even Christians who serve God. Emotions are real. God knows our emotions. God is loving, He is faithful, He does care about you. He is not caught off guard that you are struggling or mad at Him.  Be transparent. If you’re mad at Him, let him know. Tell him your heart. After all, He knows our thoughts and our ways.

When the last thing you want to do is reach out to God, let it be the first thing you do. Take your time in your grief. Don’t let someone tell you how to heal or give you a timeline on your healing. Healing is a process that God takes us through. Seasons of our lives are controlled by God, not by man. Also, take one day at a time. Grieve how you need to grieve. Be patient and kind with yourself.  Honor your child in any way you desire. Reach out to support groups and others who understand your pain. Always remember your child existed, your child is important, loved, and they matter.

About Benjamin and Jenna Jury: 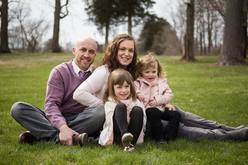 ​Ben and Jenna Jury met while attending Central Bible College, and have been married for eight years. Ben was a member of the U.S. Navy where he was given the Navy Achievement Medal for Superior Service and Duties. Jenna earned her B.S. Degree in Biblical Studies from Indiana Wesleyan University. They served as associate pastors for two years, and have two biological daughters. They plan on adopting a little boy from Vietnam soon. Visit www.ThePeacefulNest.org for more information.