For Immediate Release (Cincinnati, OH) — With an average rating of 4.7 out of 5.0, a film entitled “Healing River” has become one of the highest rated independent faith-based films on Amazon Prime Video. The film has been nominated for fourteen film festival awards, winning four to date, including Best Faith-based Feature at the Burbank International Film Festival. Writer and director Mitch Teemley says he felt “Healing River” was a story he “had to tell.”

“For years I have heard stories about impossible acts of forgiveness,” says Teemley, “and even experienced one of my own while writing the screenplay. I believe people are responding positively to the message of this movie right now because being able to forgive those who have wronged us is desperately needed in our society today.”

“Unlike a typical secular movie, all our characters, good or bad, have a spiritual side they either affirm or deny,” says Mergler. “Like the parables Jesus used, our stories have an underlying point, but the viewer will have to figure it out for themselves. As one reviewer said of Healing River: ‘this is what real life looks like.’ Our goal is to entertain and enlighten.” 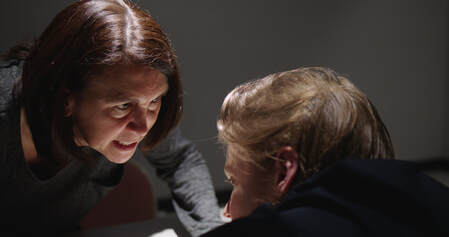 Teemley has had a long career in the entertainment industry as a songwriter, singer, actor, and movie producer. His first feature film was with Showtime/Columbia Pictures, and he has played roles in television shows such as General Hospital (ABC) and Checkpoint (NBC). Teemley will also be the lead actor in another soon-to-be released St. Michael Movies’ film, “Promises to Keep.”

Teemley says he believes the “Healing River” story has a greater purpose than just being entertaining.

“I have multiple goals for the film,” says Teemley. “First and foremost, I hope it compels people to take practical, courageous steps toward healing our broken world. That begins, I believe, with the act of forgiveness. And when we pursue forgiveness, we can all become conduits of God's grace.”

“Healing River” is currently available for streaming on the following platforms:

​Mitch Teemley grew up in the suburbs of Los Angeles, California and found fame early performing with his band on an ABC television special hosted by Aretha Franklin. Upon completing his graduate degree, he taught acting in England alongside Ben Kingsley and Patrick Stewart. After returning to the U.S., he became a member of the sketch comedy groups Isaac Air Freight, Mitch & Allen, and The National Lampoon Players, writing and performing on numerous comedy albums and videos. He moved into filmmaking, developing the story for and producing his first feature Out of Time for Showtime/Columbia Pictures in 2000. He recently released his second feature as writer-director-producer— the award-winning comedy-spoof, Notzilla. Mitch has two young adult daughters and lives with his wife of 35 years, Trudy, in Cincinnati, Ohio.

​Based in Cincinnati, Ohio, St. Michael Movies has produced seven feature-length films which have garnered 20 awards from various film festivals across the country. Founder Mike Mergler was a successful rock concert promoter early in his career, and later traveled on the road with the legendary comedian Red Skelton. Mergler started St. Michael Movies in 2011 with the purpose of creating faith-based movies that entertain and inform.