Q&A with Dr. Kenneth Ryan, author of Finding your Prince in a Sea of Toads 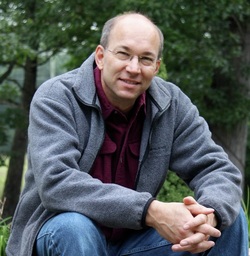 It started from conversations I was having with my teenage daughters about the ridiculous relationship decisions they observed in their peers at school and celebrities in the media.   We would talk about what these people ultimately wanted (a quality lifetime relationship) and if their actions were likely to take them there. I realized that most of these young women were clueless about relationship dynamics and the likely consequences of their choices.  Eventually I started writing down the truths that I wanted my own daughters to remember.  Then it morphed into insights for a broader audience of women who hope to find quality men and a have great marriages.  The book will benefit believers, non- believers and nominal Christians.

2)      What are the biggest mistakes women are making when they look for men to marry?

The biggest mistake is also the most common - women are sleeping with guys before they are married.   Unmarried sex causes an avalanche of problems.   Women don't understand the magnitude of the problems until damage has been done.   Sex is so intense, it blurs the judgment of both people.   Sometimes it changes the relationship instantly-- the guy leaves and the girl feels used.   Sometimes it prolongs a doomed relationship because the couple can't walk away from the pleasure.  For a Christian woman, the guilt of sexual sin causes her to hide from God at the very time she is trying to make the most important decision of her life – Should I marry this guy?

Another mistake is to be too passive or too aggressive.  Sitting isolated at home waiting for your prince to knock on the door is a mistake.  So is chasing guys in desperation.   There are many things a woman can do to improve her chances of meeting a quality guy and improve her own appeal.  To find the right person, you must be the right person.  The book talks about many simple and effective things a woman can do so she does not feel helpless or hopeless.

3)      How do you convince young women to abstain from sex until marriage and why should they?

It depends on who you are talking to.  The Christian community promotes the abstinence message but it seems to be generally ineffective in our current cultural circumstances.  Whatever we have been telling our young women, it hasn’t been working.    Statistically, Christians have pre-marital sex almost as often as non-Christians.  So why is that? Almost everyone knows that God does not want us to have sex outside of marriage.  Even non-believers who have never read the Bible assume that Christians are not supposed to have sex with anyone but a spouse.  Non-believers, however, don’t care what God thinks.  I have tried to keep the information in this book relevant to either group.  Everyone already knows from health class that condoms reduce of the risk of pregnancy and STDs.  If you remove religion, pregnancy and STDs from the reasons to abstain, what is left to talk about? Plenty.  And I have tried to address practical matters that affect every woman, regardless of religious beliefs.  For example, in the chapter called Ghosts in my Bed, I point out that each time a woman has sex with someone who is not her husband, she brings a ghost into her bedroom with her future husband.  Whether she likes it or not, the memory will be etched in her brain forever.   If it was an exciting experience, she might struggle with dissatisfaction with her husband.  If it was a bad experience, it can taint her view of sex or cause her to shut down emotionally so she is not hurt again.

In theory, the fact that the Bible clearly tells Christians that sex is only for marriage, should be enough.  If God says don't do it, we shouldn’t do it.    In reality, very few young women are spiritually mature enough to make that decision and hold true to it based entirely on their spiritual state.   Both strong believers and nominal believers need reassurance that God's plan really does make sense. It takes a lot more than getting a purity ring and agreeing with your parents or pastor to keep your virginity until marriage.   Each woman must make that serious decision herself.   Unfortunately, the conversation often stops after the purity ring arrives on the finger.   Without a good understanding of the dynamics of a growing relationship, a couple will naively bounce along, following their feelings.   Feelings can lead us astray. Therefore we need to do some logical thinking and planning while we are thinking clearly in the daylight so we do not make regrettable mistakes in the dark.

4)      One of your chapters is called “Never Say I Love You.”  Why shouldn’t women say that while dating?

For one reason, guys don't care nearly as much about hearing it as girls do.   Guys say it because they think the girl wants to hear it or because she said it first.  Secondly, it cheapens the meaning of the most powerful words in our language.   True love in a relationship means you are making a choice to commit to this person no matter what.  It is a serious word and a serious choice.  If you tell your boyfriend you love him today and break up with him next month, what does it say about the quality of your love?  It was temporary and fleeting.

Thirdly, even when used naively by a couple, “I love you” boosts a relationship into a serious mode.  Guys are more likely to start thinking, “If you love me, how will you show me your love?  With sex?”  In marriage, sex is one of the ways a wife expresses her love to her husband.  Sex is a love language of men – both single and married men.  But a guy can easily have sex without loving the woman.  Women mistakenly assume that the sex means he loves her.

5)      You spend a lot of time talking about sex in this book.  You make the statement that women can’t have sex like men.  What do you mean by that?

Men and women are radically different in the way they think about sex, the way it affects them and the way they respond to it.   Men are relatively simple creatures sexually compared to women.  Women are much more complex and fragile.  Men can easily have sex without any emotional attachment or commitment to the woman. Men pay to have sex with a prostitute where there is zero relationship.  They can walk away after a one night stand or after a brief relationship.    After the break up, the guy is likely to think, “At least I got some sex.”  The woman is more likely to think, “I was used.”

Our culture has gradually convinced women that they can and should have sex as freely as men have wanted them to over the course of history.   Women have bought that lie, engaged in sex freely and then wondered why their hearts and self-esteem are shredded and lying on the floor.

In reality, men are also damaged by sex outside of marriage but the effects are more subtle and might have delayed affects, such as difficulty staying satisfied with his wife years later.

6)      You and your wife have counseled many young couples in pre-marital counseling.  What do you see as the tell-tale signs of a divorce waiting to happen?

I do not know that there are tell-tale signs to predict divorce, but there are certainly red flags that can signal tough times ahead.   Mostly it is about how a couple communicates. Are they safe, open, honest and loving in the way they talk with each other? One entire section of the book is about learning how to communicate effectively through conversation.  Conversing effectively is something anyone can learn with a little instruction and practice.

Sometimes we see a toad and wonder what on earth the girl sees in him. He might be rather obnoxious or unlikable.  A communication workshop is not likely to change his basic personality.   Instead, something has clouded the woman’s judgment.  It could be low self-esteem where she thinks, “This is the best I can get,” or they are sexually-active which often causes people to overlook flaws, or it could be some other underlying cause.  These roles could be reversed and it could just as easily be the female who is the toad, entrapping the guy. Fifty percent of marriages end in divorce but many couples who are still together are facing serious struggles.   A miserable intact marriage may be almost as miserable as a divorce.

Overall, it has been my experience that couples who voluntarily seek premarital counseling are already showing a strong desire to start their marriage with a strong foundation.   Counseling helps establish those crucial healthy habits of communication and compromise.

"I love this book. Every 'single' woman coming through our clinic doors needs to know the information that Dr. Ryan shares in Finding your Prince in a Sea of Toads. Mixing humor with hard-hitting, straight-forward advice on serious topics, this book is a fun and compelling read.  I highly recommend it to single women of all ages. I will want my granddaughters to read this book."

“I highly recommend this colorful, lively “read” for young females launching out or entrenched in the dating scene.  Dr. Ryan brings the protective “father-in-the know “input developed for his own three daughters to prepare them with understanding, fortitude, and communication skills for the search for a lifetime mate.  Short chapters with pithy titles and concrete illustrations from today’s youth culture will be catalysts for parent-child discussions, dating relationship conversations, and a teen-friendly tool for the counselor’s office.  Females who read and process this book will become attuned to the importance of integrity with a greater ability to discern the healthy and unhealthy character patterns in young men.  This book will equip young women to challenge the guy in their life to grow in maturity and encourage their female friends not to “settle for less”.  With books like this, we counselors could expect to see less emotional damage from broken relationships and healthier marriages. Can we persuade Dr. Ryan to write a book for the princes and toads?”

"As a pastor who deals with the challenges and by-products of counseling shattered and disillusioned lives of teens and college women, this book will undoubtedly be highly recommended in my work. This book will help our daughters grow in discernment and healthy decision-making as they journey through life dreaming of the man who will honor, cherish and love her till the end."

“Much like Paul at Mars Hill, Dr. Ryan uses the language and context common to our culture to reach increasingly biblically-illiterate generations. Grounded on the principles and truths of scripture, this book practically addresses issues that are central to the lives of teen girls in a way that is accessible to the mature Christian, the nominal Christian or those who are without faith altogether. Having worked in youth ministry for over 10 years, I am always looking for new materials that speak to the heart issues that our teens are facing. This book is honest and winsome and goes for the knockout punch – speaking truth into subject matters where there is often confusion, shame, mixed messages, and cultural and peer pressures.  Dr. Ryan desires to see our teens protected, informed, and biblically motivated in their decision choices. This is a must read for parents and teens.”