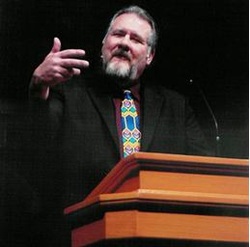 
Why should evangelicals seek to understand the Jewish roots of Christianity?

The Abrahamic covenant states we will be blessed if we bless Israel.  The Apostle Paul and Jesus himself also told the Gentiles that they were to bless the Jewish people.  (Romans 15:27; Matthew 25:40).   Evangelicals will also find many scriptures to be more understandable and rich with meaning by understanding Jewish traditions.  For example, if you have ever seen a prayer shawl worn by a Jew, there are four fringes (tzitzit) on each corner.  Those are also called wings.  In Malachi it says that Messiah will have “healing in his wings.”  So when the Jewish woman who had an issue of blood touched the “Hem” of Jesus’ garment, she understood what Malachi was referring to and she was healed by His “wings.”  Those simple things can bring the Bible to life in a whole new way for evangelicals.

How should Christians balance the Old and New Testaments?

Most evangelicals focus on the New Testament or New Covenant, not realizing that the New Testament was built on the Old or First Covenant.  Having an understanding of both allows us to truly grasp scripture as a whole.  When Paul was talking about the dead rising at the “last trump,” he was referring to an ancient Jewish tradition during Rosh Hashanah.  A ram’s horn was blown several times during this event – one long blast to get people’s attention; three short weeping blasts to remind Jewish people of pain in life; nine quick blasts to signify how fast life changes; and finally a loud blast of victory, signifying the entrance of Messiah.  So when Paul says at the “last trump” referring to the blast of victory, that the dead in Christ will rise first – this is the hope, or the victory believers have in Messiah Jesus.  When we have an understanding of Jewish tradition, we gain insights into the New Testament we may have never had before.

Tell us about your new book, “The Moses Papers.”

This verse-by-verse study covers Genesis 1-2 and is for pastors, lay leaders and those who want to understand the historical context, Rabbinical and Evangelical interpretation of Moses’ Creation account, and unlocking the meaning of certain Hebrew words.

What should people know about Israel today?

They should know while there is wealth in the country there are 1 in 3 children living in utter poverty.  We cannot understand the kind of poverty many children are born into there. Many children don’t get one decent meal during a given day which is why we place so much emphasis in our ministry on feeding children ages 3-7 in Israel.  We work with a lot of children who are not only impoverished, but abused.  We help provide at least two good meals per day along with a nutritious snack.  They are taught necessary things like combing their hair and washing their hands and we provide educational materials to help them learn to read and write.  In the past few years, we have provided over 70,000 meals to Israelis – both from Jewish and Arab homes.  This year, our goal is to feed 250 kids for an entire year.  It is a lofty goal as $100 worth of groceries here is over $200 - $250 there, but we believe that blessing the children of Israel is mandated in scripture.

Do you think Christians are having a resurgence of interest in Israel? And if so, why do you think that is happening?

The Abrahamic covenant (Genesis 12:3) has never changed, but over the centuries, the Church suppressed the Jewish roots of the faith with what is called replacement theology.  Many are taught that the Church replaced Israel. Replacement Theology, taught by many “popular” bible teachers today, diminishes the prophetic biblical significance of the restoration of the State of Israel after 2400 years of dispersion. The church in the 21st century would do itself a disservice not to acknowledge its Jewish beginnings, or to ignore the man Jesus and the cultural mores that shaped his teaching.  The church must never forget the cradle from which it came!

How should Christians pray for Israel in our lifetime?

Christians are given the mandate to pray for the peace of Jerusalem (Psa. 122:6), and when we do we are actually praying  “Thy Kingdom Come” – as there will be no lasting peace until the Prince of Peace comes.  Meanwhile, there are those who would eradicate Jews and wipe Israel off the map.  Hezbollah in the north has 50,000 rockets aimed at Israel; War torn Syria denies Israel’s existence; Iran would bomb Israel if empowered; the so-called Arab Spring is only trouble for the Israeli State; and Hamas in Gaza has launched thousands of rockets into the Holy Land in the last two years.  To pray for the peace of Jerusalem can be complicated.  Jerusalem is the home of 30 religious denominations with 15 language groups and 7 different alphabets – in the last century over 60 political solutions have been proposed and still there is no peace. As a result of the complexities there remains 1 in 3 children impoverished within Israel proper – and, in the Palestinian territories the poverty numbers are off the chart.

You take tours to the Holy Land quite frequently.  What moves you the most when you visit?

There are a myriad of Holy Sites that move me especially the Galilee where the Lord’s ministry started; the empty tomb where Jesus rose from the dead brings me to tears every time.  Most of all, I am moved by God’s ancient people. To walk through the streets, villages, back roads you are observing a modern-day miracle – the restored State of Israel. To realize, the story of redemption unfolded in their backyard - and yet, most Israelis, both Jewish and Arab, do not know, or understand the story of Messiah’s death, burial and resurrection.  This compels me to do what I do – bring a meal and share the good news.