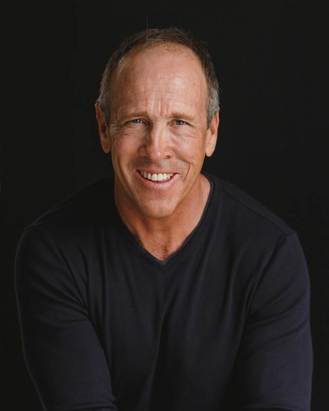 With over 200 million views on social media and counting, comedian Jeff Allen has garnered international acclaim for his rapid-fire comedy routines, honed during his five-decade-long career. He is one of the most requested comedians on Sirius XM radio, and has been seen on every cable comedy show in America. He is currently headlining the non-political, family-friendly The America I Grew Up In comedy tour across the U.S.

Allen has performed at the most prestigious venues in the world—from Presidential Inaugurations to the Sundance Film Festival to the Grand Ole Opry. His extensive television appearances include Showtime, Comedy Central, VH1, AXS-TV, The Blaze, Fox Nation, Gaither Homecoming, Huckabee, among many others. His recent Dry Bar Comedy video special has gone viral, and re-introduced his comedy to a whole new generation of fans. He starred in the critically-acclaimed film, Apostles of Comedy, the syndicated comedy series, Bananas, and his own one-hour comedy special, Happy Wife, Happy Life.

“My father gave me one piece of advice when I got married,” says Allen. “He said, ‘Before you get into an argument with your wife, ask yourself two questions. Do you want to be right or do you want to be happy?’ Then he broke down and sobbed right in front of me. I had no idea what he was talking about, but all these years later I can tell you I’m a happy, happy man.”

Allen’s career began at a comedy club in Chicago in 1978, and his life has included everything from drugs, alcoholism, rage, a near divorce, personal bankruptcy and his wife’s breast cancer. All the while, he would have to go out on stage each night and make people laugh with an act that he admits was largely fueled by anger. In the early years, Allen's comedy included expletive language.  Then, he had a chance to work with Jerry Seinfeld who told Allen, "Look, you're a really funny guy and you've got this language that's unnecessary. Why be funny for 300 people when you can be funny for 300 million? Nobody ever walks out of a comedy show saying, 'I wish he had been dirtier.'" 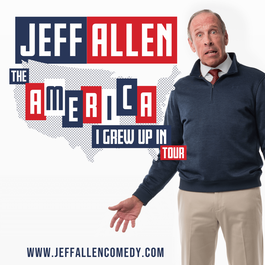 It was in Alcoholics Anonymous meetings that Allen found himself reaching out in desperation. The grind of long stints on the road and financial struggles put a strain on his marriage, and at one point, his wife, Tami, sought a divorce and even began seeing another man.

Allen said it was during a summer of separation from his wife and children that he decided to watch the Bible study tapes that a golfing buddy had been sending him. And it was an obscure Bible lesson on the book of Ecclesiastes that made an immediate impact.

“It’s probably the most cynical book in the Bible,” says Allen. “It starts out saying that everything is meaningless. And I found it exhilarating. What I really got out of that first sermon that I heard was life without God will have no meaning, and without meaning, there’s no purpose. I thought if it’s God, then I’ll seek God. I found Him through the Bible. I eventually got on my knees and said, ‘If you truly are who you claim to be – and He made some audacious claims – then my life is yours.’ And I honestly can tell you, 24 hours later – whatever that burden was – it was lifted.”

Allen and his wife will celebrate their 35th wedding anniversary this year, and he has been sober for 33 years. They have four grandchildren that are now highlighted in Allen’s comedy routine about marriage and parenting.

“I truly believe teenagers are God’s revenge on mankind,” says Allen. “One day God was looking down over His creation and said, ‘let’s see how they like it to create someone in their own image that denies their existence.”

For more information on "The America I Grew Up In" tour visit: http://www.jeffallencomedy.com.