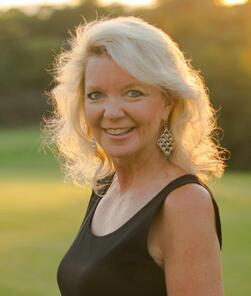 Q: What motivated you to write this book?
A: Although they were written 2000 years ago, the words of advice and counsel are as relevant today as they were to those churches and parishioners centuries ago. The gospel of John records Jesus saying, “I am come that they might have life, and that they might have it more abundantly.”  In the letters in Revelation, Jesus reveals this path to those early churches, to their parishioners, and to you and me. We should seek guidance from the One who created us. He knows our strengths and our weaknesses. He made us. The book of Revelation unveils this promise in the first chapter, “Blessed is the one who reads the words of this prophecy, and blessed are those who hear it and take to heart what is written in it.”  Jesus ends each of his seven letters with the words, “He who has an ear, let him hear what the Spirit says.” Jesus’s words of advice and counsel have the added supernatural benefit and blessing of the Holy Spirit working within us to help us put these words into practice.

Q: You address both the context and patterns of the letters to the seven churches in Revelation. Why are those things important to know?
A: Knowing the context of the letters is extremely important to understanding the nuances Jesus is conveying. As we plant ourselves in the place, time and setting of the original letters, we can extract more clearly the lessons being taught.  The more we ascertain about these locations and their churches, the better we can appreciate the intended meanings of their correspondences. For example, the city of Laodicea suffered tremendous damage from an earthquake. Just as here, the Roman Governor declared a State of Emergency and the Roman equivalent to FEMA came in with money to help them rebuild.  The people of Laodicea turned their money down.  They were too self-sufficient to accept any help. In Jesus’s letter to this proud congregation, he wrote that they were wretched, pitiful, poor, blind, and naked.  He calls them “poor” referring to their prestigious banking center. Historians report that Cicero cashed his checks in Laodicea.  However, Jesus called them poor. During the time when the letters were written, the Laodicean Research University invented and marketed a wonder drug—eye salve. They sent this miracle eye medication throughout the Roman Empire.  Yet, Jesus called them blind. The third celebrated commodity of Laodicea was black wool.  Because dyed cloth was expensive, black clothing was highly coveted.  The Laodicean black sheep supplied black wool allowing the merchants to sell the raw wool, black cloth, and garments made from this prized cloth. Jesus refers to the citizens of Laodicea as naked, not well dressed as they saw themselves. We would miss this head knowledge if we did not delve into the culture of this city. But more importantly than impacting our head, this can impact our heart. What areas of our life are we self-sufficient and do not need God?  The context helps us to find lessons we can learn from this letter.

The pattern of all the letters is fascinating as each letter is written in the same format. Jesus begins by introducing Himself in a way that is relevant to that particular congregation. Next, He assures them that He sees what is happening in their city and in their church with the words, “I know.”  The omniscience is comforting in some situations and confronting in others. Christ then compliments them on the things they are doing well and exhorts them in areas in which they can improve.  The letter concludes with a warning revealing the negative outcomes of not heeding the suggestions for improvement and the positive consequences of following the prescribed actions. 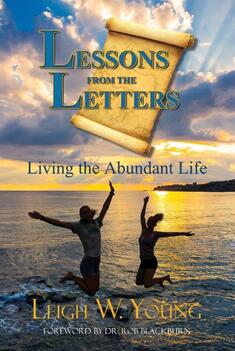 Q: Why do you believe these letters to the seven churches are still relevant today?
A: In the letters, Jesus addresses issues which He sees in those churches. For example, He reminds the church in Ephesus that hard work and perseverance are wonderful traits, but, first and foremost, God is looking for our heart. Jesus reassures the parishioners in the church in Smyrna that He sees so-called “religious people” slandering and hurting them. The injustice done to them by fellow believers is not unnoticed.  This encouragement is as comforting today as it was for the believers centuries ago. In Pergamum, Jesus tells the Christians that they must be on guard to remain true in a culture that is becoming increasingly immoral. Sound familiar for today? This message is timeless.

Q: It is unusual to tie the book of Revelation to abundant living. How did you make that connection?
A: Jesus analyzed seven groups of believers and wrote to them to exhort and encourage them. These new Christians were pioneers of our faith.  They were people who were making a great effort to follow the Lord in a difficult environment. With His omniscient vision, Christ pointed out their strengths and their weaknesses.  He wrote to seven churches because seven is the number of completion signifying that these traits, characteristics, and advice encompass all believers. Now, the torch is passed to us. It is our turn. We are now the Christians trying to live like Christ in an often ungodly environment. Christ is showing us the way to the abundant life through these letters.

Q: The historical information in your book has been heavily researched. Were there any specific things you learned during your research that stood out to you?
A: One of the recurring themes that stood out to me was the immoral influence of the pagan religion of this period in Roman history and the way it permeated that society and the lives of the believers. These seven churches were located in cities ruled by Rome.  The empire did not separate church and state. The residents of these cities were supposed to worship the multitude of mythological gods and the emperor.  The Christians who refused to bow down to these gods were considered atheists and traitors.  The worship practices for some of these gods were immoral.  Temple priests and priestesses of the fertility gods indulged in sexual rites with parishioners as part of the required “worship.” Some gods had horrific ceremonies designed to please and pacify the gods and provide the worshipper with some sort of gain. Their religious practices revolved around harming themselves physically. In extreme cases, these gods were “fed” by human sacrifice and torture. The more utilitarian gods, gods of grain and the household, “blessed” the work of the worshiper. The Christians who were unwilling to bow down to these gods were excluded from business and unable to make a living for their families. Those who did worship these gods made the case that the noncompliant Christians would make the gods mad with their refusal to bow before the gods and remove the blessings of success from their community. In those cities in which emperor worship was prominent, the believers’ refusal to bow the knee to Caesar was construed as an act of treason punishable by death. In some instances, the believer’s livelihood was impacted, and in others, their actual life was endangered. The pagan’s false religion infiltrated their culture and their daily routine.  The Christians in these churches were looked down upon on as atheists, traitors, and just plain odd. Today, we often feel overcome by the amount of pornography, violence, discord in government, and hatred. The original seven churches in Asia Minor faced these same issues.  In some aspects, the environment was worse than ours today. However, they overcame.  They lived for Christ in a world that often hated His way.  This realization gives me great hope.

Q: What do you hope readers will ultimately gain from this book?
A: My hope is to combine modern anecdotal stories with the Word to bring to light something that will help strengthen the reader’s relationship to Christ. In the words of the letters, I pray that the reader will “hear what the Spirit says.”
​
Q: What is the Lessons from the Letters Weekend?
A: Lessons from the Letters Weekend is about life change.  During the weekend, we explore ways to walk more closely with the Lord by fellowship, Bible study, worship, and meditative prayer time.  We “visit” each city to discover the words of advice and counsel Jesus recorded for these parishioners centuries ago and for us today.  This weekend is a perfect combination of laughter, learning, and worshipping with sisters in Christ. 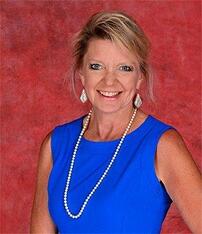 Leigh Young has written and taught Bible curriculum for two-year-olds, third grade Bible classes, Confirmation classes, and adult Bible series. She began her career as one of the top national sales leaders in the healthcare technology with NCR Corporation. She currently owns and manages investments in real estate and in the stock market. She began her public service in the advocacy arena, focusing her efforts on women’s and children’s issues. Her statewide experience includes serving as a Director on the Boards of UNC-TV, the North Carolina Business Committee for Education, and the Board of Visitors for the North Carolina Children’s Hospital. She helped to draft and advocate for legislation for children’s issues as the Treasurer of the North Carolina Child Advocacy Institute and as the chair of the State Public Affairs Committee for the Junior Leagues of North Carolina. She most recently served on the Statewide Leadership Council for Youth Villages. For more information, visit www.lessonsfromtheletters.com.

"Leigh Young has written a wonderfully engaging book chronicling the seven letters in the Book of Revelation. She offers readers an enlightening in depth perspective that gives these ancient biblical texts new life for better understanding today’s complex world. I highly recommend this book for personal study as well as a guide for group guidance." --Mark W. Erwin, former U.S. Ambassador and author of “The Powers,” “An Unlikely Journey,” and “Faith for the Journey.”

"As a Bible Study leader and participant for over 25 years, I was greatly impacted and inspired by the nuggets of truth about these letters that made the scriptures come alive in a new way, not to mention how critically relevant they still are to our everyday lives. If you are looking for a study that offers a new perspective on one of the most misunderstood books of the Bible, this is definitely for you!" — Leslie Green, Bible Study Leader/Group Facilitator

“Leigh Young has done her homework in researching Lessons from the Letters from the book of Revelation. She brings context and clarity to the lessons, providing strong scholarship and yet doing so in a fashion that makes it easy to read and understand. I personally recommend this book both for personal study as well as for groups.” — Dr. Michael B. Brown, former Senior Minister of Marble Collegiate Church, NYC

“After reading Lessons from the Letters, I was so excited that we had decided to use this book as our next source for our Bible study group.  Leigh’s attention to the historical context as well as her ability to make the lessons relevant to our current situations, all while weaving the gospel through each page, make this book an excellent choice for individual or group study.” --Saundi Theodossiou, Bible Study Teacher and Leader