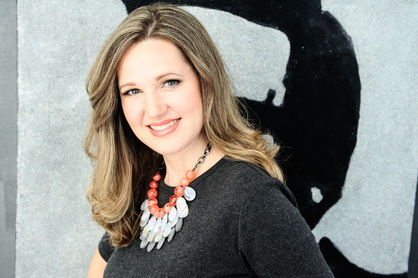 Q: Talk a little about your family, how you came to Christ and your faith journey.
A: I am a Kentucky-raised girl currently living in the Sunshine State of Florida.  Jamie is my amazingly supportive husband of eight years, and we have a two- year old son, Landon, who is the absolute joy of our lives.  I grew up in church where my dad was the pianist and my mom sang on the praise team. In fact, I made my debut performance as a singer at age 3 in front of roughly 1,000 church members when the pastor handed me the microphone and I gave my best rendition of “Row, Row, Row Your Boat.” I grew up heavily involved in church, especially the music team where I sang and played keyboard.  Even though I have been saved most of my life, I didn’t always follow Christ like I should.  After “searching” during my college years, I discovered God had a greater plan for my life than I could imagine and turned over my dreams and desires to Him.

Q: Tell us the stories behind the songs on the new EP, Make Something Happen.

A: “Make Something Happen” (title song) -- We are a culture that thrives on whining and taking little responsibility for our lives. God has called us to so much more than being victims.  John 10:10 was the verse I found myself reflecting on a year ago. I wanted to experience the abundant life that Jesus talked about in this passage. My life, my music, my sense of adventure had all grown kind of...stale. I longed for more and knew it was out there somewhere. In truth, I was playing the victim because of my location and bemoaning the fact that my dreams weren't coming true on my timetable. And then I started telling myself to make something happen. I realized that as nice as it would be, no one was going to show up at my door and say, "Hey, Kristin, that music dream you've got there, how can I make it come true?" No, that was actually my job, and I had been shirking the responsibility for a while. God revealed to me a long time ago that I need to do all I can first, and then allow Him to step in and complete it.

“I Am the Lord’s” -- My grandma sat in her chair in the living room, looking so different from the brave, joyful, and spirited woman I have known her to be all my life.  The woman in the chair was tired, ragged, and weak.  She had just returned from the hospital with a diagnosis of Stage IV cancer all over her body.  I was visiting from out of town for what I anticipated would be my last time with her.  It was. When I heard she was in the hospital the week before, I sent my dad the digital file of my song, "I Am the Lord's.”   I told him to play it for her because I hoped it would bring her comfort.  And I wanted her to hear some of the music I had been working so hard on.  Just in case...

Now, days later, she asked me gently, "How did you manage to write a song that says exactly what I'm feeling?" I got goose bumps, but not because I was excited that she could relate to my songwriting.  You see, I had actually written the song five years earlier, with no possible way of knowing the effect it would have on someone so dear to me.  I had finished reading Psalm 18 and was so inspired by King David's words.  He was constantly facing battle after battle, yet as he sought the Lord, God rescued him every time and reminded David that he was His.  I was so inspired by those words that I began to piece together a flowing melody.  When my grandma passed, one of the first thoughts that went through my head was the lyrics to the bridge of "I Am the Lord's": 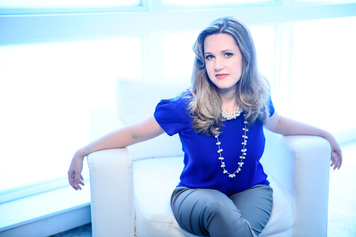 “You Through Me” -- Some of my songs come to me at odd times, when I'm doing things that you wouldn't think would inspire a song.  The chorus for the song "You Through Me" came while I was making my bed one weekday morning.  As I was tucking the sheets neatly away, I started singing, "May I love them like You love them...Let the whole world see You through me.” I pieced together the rest of the song at my day job as a teacher, and later at home in front of my piano.  I want the world to see Christ when they look at me.  That's such a tall order!  But according to the Bible, it's a mandate that we as Christians should all strive for because of what He did for us.  I have many in my family who aren't saved, and I've learned over the years that it's not enough to just preach Christ to them.  What they need more than anything is for me to BE Christ to them.

“More of You” -- The words from the song "More of You" were inspired by my desperate need for more of God in my life, and by one of my favorite human encounters with Jesus while he walked on the earth:  the story of the Samaritan woman. This encounter really speaks to me because the woman is concentrating on earthly matters while Jesus is talking about completely different spiritual matters.  Ouch, that sounds all too familiar! So often, I go to God asking him to just give me this job or that accolade, and I will be content.  Meanwhile, He's calling me to hunger and thirst for deeper things, like seeking His face instead of His hand, knowing that true fulfillment only comes from fixing my eyes above material trappings that won't ever make me happy. "More of You" is a song that reminds me to keep my focus on those deeper things.

“You Have Not Forgotten Me” -- This song seems to be a favorite among those who have heard the album.  I think it's because it comes out of one of those desperate places that everyone at some point in their lives has felt:  the place of being forgotten.  I was never the sporty-type in school.  I tried to pretend that I could hang with the athletic people, and even managed to make it through one excruciatingly awkward year as a cheerleader, but I think people saw right through me.  I was always one of the last ones picked when we had to divide into teams for gym class.  I felt forgotten. I grew through that time and came into my own when I gave myself up to my passion for music, and I guess I assumed my gift would always make room for me as the Proverb says: "A man's gift makes room for him and brings him before great men." (Proverbs 18:16) Unfortunately, that's not always how it went.  It's hard to understand why people in your own profession (church-going people, gasp!) would act jealous or afraid of your gifts, but that's exactly what many people have done to me in the ministry.   In one such instance, I was constantly being passed over for songs and positions I knew I could do, and do with excellence.  I once again felt forgotten and passed over.   I came home one evening, just so disgusted that I wasn't getting any opportunities to do anything with my music.  I poured my heart out to God and concluded my prayer with, "Thank You God, that even though people may have forgotten me, You haven't." That phrase became my constant comfort as I walked through that difficult season. It wasn't too long before the song came pouring out of my soul. Even the music and melody reflects the yearning for the Creator of the Universe to comfort me when I'm feeling abandoned by everyone else. 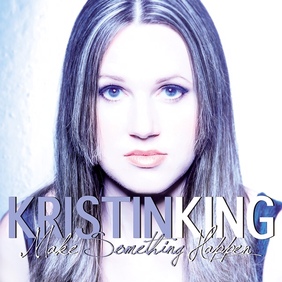 Q: What do you hope listeners will experience when they hear your EP?
A: I hope they hear my heart in these songs.  Most of the songs are truly prayers to a loving God who knows and cares for me more than I even know.  I pray that these songs will bring a message of hope to anyone who is facing desperate circumstances.  Also, the title track “Make Something Happen” is a call to action for people to take charge of their lives and to go after their greatest dreams.

Q: Talk about some of your performance highlights.
A:  Growing up, I was always involved in the Assemblies of God Fine Arts Festival, performing many times in the national competition.  Attending college at Belmont in Nashville afforded me the opportunity to sing in a back-up group for Brenda Lee (“Rockin Around the Christmas Tree”).  I was also in a trio that opened for Natalie Grant at one of her shows (one of my favorite artists ever!).  Most recently, I sang back-up for Israel Houghton during a church meeting with T.D. Jakes.

Q: What is your favorite scripture and why?
A: Psalm 32:8 has been a foundational verse since I was little.  I probably like it so much because I am a teacher and I like to imagine God in that role in my life.  “I will instruct you and teach you in the way you should go; I will guide you with My eye.”

Q: What do you know about God today that you didn't know 10 years ago?
A: I am learning that God is so much bigger than my human mind can comprehend.  He is not confined by the boundaries of time, so His “timetable" may not ever look like mine, but He holds all of my days from beginning to end in His capable hands.  As one of my new songs says, God is the “only constant in this life.”  Everything changes, but I serve a God who does not!  That’s such a comforting thought in our unstable world. 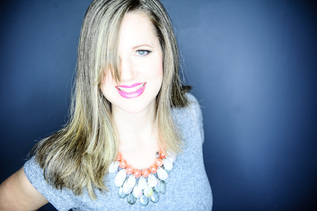 Raised in Louisville, Kentucky, Kristin King grew up in a musical family with a father who played piano for their local church and a mom who sang on the praise team. Singing came naturally to Kristin growing up, and she performed several times for the Assemblies of God Fine Arts Festival national competition. While attending college at Belmont University in Nashville, Kristin sang back-up for the legendary Brenda Lee as well as opened for Natalie Grant. She also performed with Israel Houghton during a recent church service with Pastor T.D. Jakes. Her debut EP "Make Something Happen" (Creative Soul Records) features five self-penned songs.  Kristin is now transitioning from being an elementary school teacher to performing music full-time and caring for her 2-year-old son.  Kristin admits parenthood has taught her a few things about God.

“Being a parent has taught me a great deal of patience, which I have honestly struggled with at times,” says Kristin. “It amazes me that God is so patient with me and that helps me extend patience to my very strong-willed son.  I've discovered that when God says no, it is because He has something better in mind. My son often wants to eat candy, and I tell him no, knowing there is no nutritional benefit to it, or I make him eat something nutritious first to satisfy his appetite and then offer him a little bit of candy for a sweet finish.  If only I could learn to trust that God's ‘no’ or ‘not yet’ are always for a greater purpose than I may understand.”