Accolades for Fighting for Freedom and General Washington

"Swashbuckling tales for young readers that could bring smiles for older readers, too…Filled with action, glory and patriotism…brimming with excitement while effectively teaching history and some of the reasons and strategies behind the Revolution, this book will undoubtedly appeal to young readers. Lee has a real talent for capturing the young mind and conveying complex ideas in terms young readers will understand."  -- Kirkus Reviews

"Michael Justin Lee provides readers with an engrossing, historically-based novel for young adults. Lee’s novel has a well-paced plot, enjoyable writing style, and certainly maintains a historical accuracy in its presentation…Indeed, Lee has done an amazing job of writing a historical novel for young adults that will teach, inspire, and entertain. Written for younger readers, this novel is also appropriate for adult readers who want an easy and patriotic read. 5 out of 5 Stars."  -- Pacific Book Review

"Riveting Historical Fiction. Oh, how I wish this book had been around when I was studying American history! I plan on using this book as a literature-based study of the Revolution with my own children. Teens will remember this story - and history - for a very long time." -- Patriotic Children's Books

"An excellent work of historical fiction for young adults. I would recommend it to any and all young patriots." --
Tim Hugo, Majority Caucus Chairman, Virginia State House 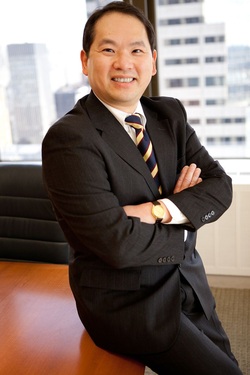 How did you get the idea for the new book series?
It was all a matter of parenting. My kids are learning American history at school, but not enough about the glory of our country’s founding and the honor of our founding fathers. I thought to remedy that. At first, I merely tried to teach my children at home. But then I realized that a more effective way would be to put my teachings in the form of the kind of book they most enjoy reading-- adventure stories. That way, even as I promote general literacy, I can instill patriotic literacy. In this first book, Fighting for Freedom and General Washington, I whisk young readers back over two hundred years to join General Washington in his war for America’s independence. I am already at work on the next three volumes in the series which will involve World War Two, World War One and the Civil War, respectively.

How did you conduct the research for this book?
Living in the suburbs of Washington, DC was a tremendous boon. The number of public resources available here are literally innumerable. Also, being on the faculty of the University of Maryland gave me access to the university’s libraries as well as those of other universities in the area. But the single greatest source was George Washington’s Mount Vernon estate which is conveniently close to my home. Not only did I learn a great deal about his life and times, but the sheer grandeur of his manor provided me with tremendous inspiration without which I might not have had the motivation to write this first book, let alone start Capital Stewardship Publishing.

How difficult was it to weave a fictional tale with historical facts?
Actually, that was very easy to do. After I determined specifically which of the many events and personalities I wanted to emphasize in my story, it was only a matter of characterization to weave those facts into a tale. This was made tremendously easier because I modeled my protagonists’ personalities on my own children’s. I had to take some artistic license since my children are younger than my book’s protagonists, but when faced with the question of what Amanda or Alexander would do in a historical situation, I merely had to consider what my own children might likely do in that same situation. As you can imagine, Amanda and Alexander Lee are surrogates for my children. I even originally named my characters after them, until they objected.

Did you name them after your own family name?
No, I did not but it’s definitely a bit of inside humor on my part. For reasons that will be apparent when one reads my book, Amanda and Alexander needed to be very close to one of our founding fathers. I chose Richard Henry Lee who, it is not commonly known, actually wrote the document which established our country’s independence. That was the Resolution of Independence. Thomas Jefferson’s far better known Declaration of Independence was meant to explain to the world, and especially to King George, why the colonies made such a resolution. The fact that he was from Virginia was convenient. The fact that other members of the Lee family, like Light Horse Harry, were prominent in the Revolutionary War was also convenient for various plot points. The fact that I just happen to share their name was not critical but amusing to me.

What would you tell young people today about America that they may not be learning in school?
The single most important thing I’d tell young people is that they should understand how grateful they should be to live in this country. I would emphasize that I feel the United States of America has truly been blessed by God. This is why after nearly 250 years, America remains a beacon of hope to the world and sanctuary for the world’s refugees (of which I was one of millions). I’d tell them that John Winthrop, Ronald Reagan and many others were entirely correct to refer to the United States as the “Shining City Upon a Hill.” 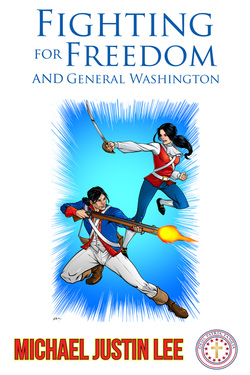 How does your background lend itself to your writing and publishing?
Being an immigrant to this country was critically important to it. I believe many immigrants who arrived here as children, as I did, do not take our freedoms for granted. As I grew older and learned about the atrocities that my parents escaped in Mao’s China, my own appreciation for America intensified. I literally thank God daily that I was blessed to grow up on American soil. However, I am acutely aware that my children and their entire generation may not have that same appreciation for our nation’s struggles and triumphs. I’ve therefore decided to take matters into my own hands.

Why did you form Capital Stewardship Publishing?
I founded Capital Stewardship Publishing with the ambitious goal of helping children to appreciate the glory of the United States and the greatness of the nation’s founders. I believe my venture is critical at a time when I feel the true meaning of patriotism is being lost to millions of American youngsters. Fighting for Freedom and General Washington fuses action and adventure with lessons of history about the American Revolution. As a proud Christian-American, I have created a company with the mandate of putting unapologetically patriotic Christian literature into the hands of the nation’s children. My company’s logo reflects my company’s focus. Around the cross of gold are arrayed thirteen stars in the pattern that Betsey Ross designed for our nascent country’s flag. The slogan in my logo is, “DEUS, PATRIA, FAMILIA,” Latin for “God, Country, Family” which encapsulates what is absolutely most meaningful to me in life.

How did you become a Christian?
I have walked with the Lord since the year 2000. I have actually known of the Lord since I was a teenager, but had no personal relationship with him. At that time, church was just a place to meet friends. I was completely lost until three major medical tragedies happened to my family in the year 2000. Suffice it to say, those tragedies caused me to re-examine what’s important in life. Mercifully, the seeds planted all those years ago in my youth bore fruit as I remembered the help that God gave so many others. That was my turning point. A subsequent job change relocated me from Boston to Virginia where my family quickly joined a very robust Southern Baptist Church where evangelical Christian teachings were abundant. That was the true beginning of my Christian walk. I began to fully understand the truth that because of the love and grace of God, we are delivered from our sins through His son, Jesus. When we fully appreciate and embrace this teaching, we become most willing and able to employ our talents to advance His kingdom. 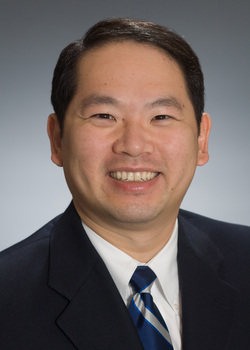 Professor Lee is a member of The Authors Guild, The National Press Club and The Dramatists Guild of America. His stage play entitled “Grandmothers” was produced Off-Broadway in 2013, the same year that he was honored at the Outstanding Book Awards of the American Society of Journalists and Authors for his first book, “The Chinese Way to Wealth and Prosperity” (McGraw-Hill, 2012).﻿