Pelican Book Group, a division of Pelican Ventures, LLC, has announced the creation of its new imprint,Pure Amore, to launch books beginning in October. Pure Amore will be the first romance genre imprint to promote abstinence before marriage. Editor in Chief for Pelican, Nicola Martinez, says the content of the books will be something both Christians and non-Christians will embrace, but that there was a specific goal in mind while forming the new imprint.

“I wanted to produce something that would help young people to see how precious the gift of their virginity is to their future spouse,” says Martinez. “The truth is that each individual is worth waiting for and lovemaking is intended to create a bond with only one special person. To believe and act on this one truth will, across the board, increase self-worth and peer respect, strengthen marriages, cut the rate of unwanted pregnancy, and so many other things. As a Christian publisher that publishes romance—promoting lasting love between a man and a woman—I felt we could definitely do something to promote chastity.” 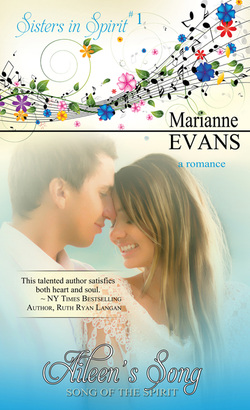 As a "prelude" to the Pure Amore books, Pelican is offering books in the “Sisters in Spirit”series which will be similar in tone and principle, but will be shorter than the Pure Amore titles. The first book from “Sisters in Spirit” will be Aileen’s Song by Marianne Evans, a multi-award-winning author of Christian romance and fiction. Her novel, Devotion, earned the prestigious Bookseller’s Best Award from Greater Detroit Romance Writers of America. Evans’ book, Hearts Communion, earned Christian Small Publisher Book of the Year honors as well as Best Inspirational Romance from Ancient City Romance Authors (ACRA). Her novella Finding Homeearned the Selah Award for Excellence in Christian fiction.  She has also earned acclaim in such Romance Writers of America contests as The International Digital Awards, The Gayle Wilson Award of Excellence where she has been a finalist three times, and the Colorado Romance Writers Award of Excellence contest. Happily married and the mother of two, Evans is a lifelong resident of Michigan and is active in a number of Romance Writers of America chapters, most notably the Greater Detroit Chapter where she served two terms as President. She’s also active in American Christian Fiction Writers and the Michigan Literary Network.

The first title from the Pure Amore imprint, Just One Kiss by author Wendy Davy, will be released on October 1, a date that also marks the fifth anniversary of Pelican Book Group. Davy’s book Deadly Chase was a finalist for last year’s Inspirational Readers Choice Award, and her novel Reluctant Bride was the winner of the 2010 SARA Merritt Contest. 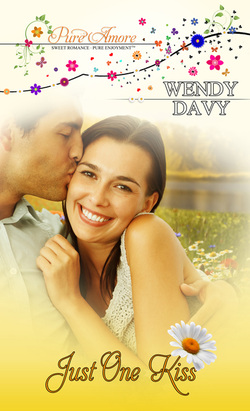 The Pure Amore books will be offered on a subscription basis in both ebook and paperback formats.  Early subscribers will receive one Pure Amore book per month for an entire year, as well as all the titles in the “Sisters in Spirit” series absolutely free.  Additionally, the first 500 subscribers will receive 25% off the subscription using special code PA500.

In spite of the success of titles such as The Fault in our Stars, Fifty Shades of Grey and Bared to You, Martinez hopes the Pure Amore imprint becomes an alternative for many readers who prefer romance novels with more heart and less heat.  She asserts that romance novels that promote abstinence have a definitive appeal to a wide audience.

“The majority of the world's population is Christian, and many non-Christians share Christian values if not faith in Jesus Christ, so romances that uphold Christian principles, especially on matters of chastity, the sanctity of marriage, and the golden rule principle, for example, fit into society better than any other romance genre. Unfortunately, as with many forms of recreation, anything labeled as ‘Christian’ is often times avoided, even by Christians, because it's viewed as preachy or sanctimonious. We aim to change that! Offering wholesome, realistic fiction that upholds Christian principles, but isn't didactic, is what we strive for at Pelican.”

Founded in 2009 and based in Aztec, New Mexico, Pelican Book Group publishes a wide variety of fiction genres:  action and adventure, espionage, romance, mystery and suspense, sci-fi, and holiday-themed fiction.   Pelican releases trade novels, novellas, and digital-only to provide a wide variety of formats and content for avid fiction readers. Over a dozen titles have won writing awards such as the Christian Small Publishers Association's Book of the Year award; The Heart of Excellence Reader's Choice Award; Booksellers Best Award, which is sponsored by the Greater Detroit Romance Writers of America; the SELAH Award for Best First Book; and the Inspirational Readers Choice Awards, given by the Faith, Hope and Love chapter of RWA, among others.

Pelican publishes under multiple imprints:  White Rose Publishing, which exclusively publishes romance in all its subgenres;  Harbourlight Books, whose titles are all non-romance subgenres written for the general adult audience; and their young adult fiction titles are published under the Watershed Books imprint. For more information, visit www.PelicanBookGroup.com
###