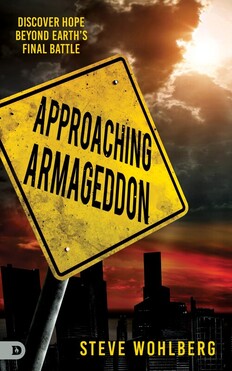 For Immediate Release (Priest River, ID) —Author and theologian Steve Wohlberg has studied eschatology for over 40 years, and one of his particular areas of study has been the identity of the lamblike beast described in Revelation 13:11 which Wohlberg believes represents the United States of America. Wohlberg bases his view on the parallels found between Revelation 13 and Daniel 7 which describe the rise of four great beasts—a lion, a bear, a leopard, and a dragon.

“Daniel 7:23 plainly says that these beasts represent four mighty nations which scholars for centuries have applied to Babylon, Persia, Greece, and Rome,” says Wohlberg. “A beast in prophecy represents a great nation, and the lamblike beast in Revelation becomes a mighty nation in the end times as it rises ‘out of the earth.’ The four beasts of Daniel 7 all rose out of the sea, or water, which Revelation 17:15 says represents vast multitudes of people. In contrast, America’s rise in a sparsely populated region perfectly fits ‘out of the earth.’  The ‘lamblike’ part indicates that this is a new nation, with Christ-like features.”

Wohlberg believes the further detail of the nation having “two horns” without crowns, contrasted with Revelation 13:1, describes America as well— a democratic nation rather than a monarchy, with a distinct separation of powers. Wohlberg says recent events also point to some additional end times prophecy coming to fruition.

“The fact that the U.S. has recently helped broker a peace agreement between Israel and the UAE once again reveals its strong influence as the mighty nation described as having ‘two horns like a Lamb,’” says Wohlberg. “Yet prophecy predicts that in the closing moments of time, the U.S. will deny its constitutional principles of freedom and ‘speak like a dragon.’ I believe we are beginning to see this unfold right now. The pandemic has shut down businesses and churches, bringing constitutional issues to the forefront. It is certainly not far-fetched to imagine that if the world continues descending into crisis times, that just like Covid-19 has been used as a reason to shut down much of the world, even so could a future, larger ‘public emergency’ be used as a reason why our constitutional First Amendment rights should be trashed.”

In his newest book, “Approaching Armageddon,” Wohlberg establishes the validity of predictive prophecy in the first few chapters. His book then focuses on prophecies from Jesus about the end-times and outlines them point by point for the reader, showing not only how New Testament prophecies fall in line with Old Testament predictions, but also how an entire cluster of current events are rapidly fulfilling biblical prophecies. The book discusses the biblical battle of Armageddon itself, including what it means, where it occurs, who is involved, and who will win.

“When the dust settles,” Wohlberg declares, “a fabulous future of hope and love awaits those who choose to be on God’s side.”

Bible expert, international speaker, television producer, and author of over 40 books, Steve Wohlberg has been a guest on over 500 radio and TV shows and has also spoken inside the Pentagon and U.S. Senate. Widely regarded as an apocalyptic expert, he has been featured in three History Channel documentaries and one National Geographic International documentary offering insights into the book of Revelation. He earned a B.A. degree in Theology from La Sierra College and his Master of Divinity degree from Andrews Seminary. He currently lives in Priest River, Idaho, with his wife Kristin, their son Seth Michael, and their daughter, Abigail Rose. For more information visit www.whitehorsemedia.com.

Click this link for a Q&A article on Steve Wohlberg