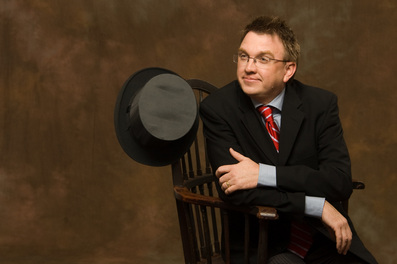 Winning Souls with Sleight of Hand

200,000 decisions for Christ and counting.  Acclaimed magician and evangelist, the late Reverend Felix Snipes, delighted and inspired audiences for over two decades, and now his audience members are all grown up and thousands of them are now working in ministry.  From inspiring and mentoring current youth pastors, music ministers and even senior pastors, Snipes has left a living legacy within the Baptist denomination, having presented his event in over 900 Baptist churches over the span of 25 years. Reverend Jeff Waters, Pastor at Broad Street Baptist Church in Hawkinsville, Georgia, remembers being influenced as a youth minister by Snipes.  “As both a church member and a pastor, Felix was a big influence on my ministry,” says Waters.   And today, Snipes’ handpicked successor, acclaimed illusionist Scott Humston, has continued to hold up the banner, building on his success by using magic to win the lost.

“I do tricks, but God does miracles,” says Humston.  “The only thing supernatural in our programs is the message.”

Humston has been performing for more than 26 years, beginning at the age of 13. He was born with a cleft of the lip and palate which required multiple surgeries and years of special orthodontics and speech classes.  Performing magic helped Humston overcome his anxieties and low self-esteem at an early age.  Later, he began to work with Snipes, who passed the baton to Humston before Snipes retired in early 2006. Humston took the reins of Snipes’ renowned “Wonder-full Weekend” events, bringing a renewed freshness and contagious energy with him that spilled over from fifteen years of successful events in churches and public school outreaches. Humston’s Pro-Kids Show has been seen by more than 2.1 million people in the United States as well as in five foreign countries. 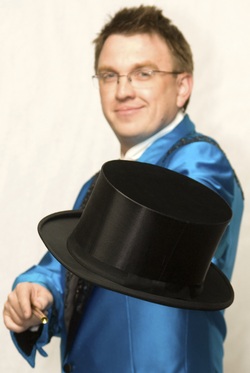 “The Pro Kids Show is specifically designed for students in public schools,” says Humston.  “We use a variety of methods to gain their attention – comedy, illusions, stories, illustrations – while we present a message based on scripture to emphasize important character traits.”

The Pro Kids presentation is a three-tier approach.  The event includes a daytime assembly at each school, a teacher’s guide to allow kids to share what they learned following the assembly, and then the Family Night event where parents are encouraged to attend with their children.  The response has been tremendous, according to Humston.

“We see great crowds at the Family Night events,” says Humston. “For example, we went to a school of about 450 students in Miamisburg, Ohio.  We were told that the most they had ever had for a night function was around 40 people. We ended up having 400 people attend, and we see this exciting response quite often all across the country.

“In our church events, we usually see Easter-size crowds at the Friday night services, and churches which typically have 200 people on a Sunday morning may have 500-600 on a single night during the Wonder-Full Weekend.” Always willing to travel internationally, Humston recently did a tour of Belize where he performed for hundreds of kids and families—and saw more than 100 decisions for Christ in four days.

Humston has also performed for major corporations such as Southwest Airlines and Warner Brothers Records, as well as three performances at the White House. He holds a B.A. degree in Communications Studies and Dramatic Arts, and has been a full-time traveling evangelist for twenty years.  He resides in Grand Island, Florida, where he and his wife, Debi, homeschool their four children.

“I honor the legacy that Felix left behind,” says Humston. “I learned so much under his tutelage. I hope that we have continued not only what he built, but have expanded our mission as we seek to reach into public schools as well as to update our church shows to entertain and evangelize a broader age range.  Our mission is still the same as it was nearly 30 years ago – to proclaim the Gospel and reach the lost.”