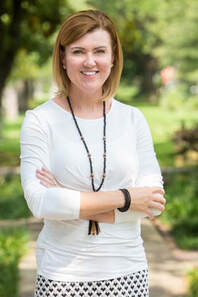 Q: You are not supposed to be alive today. Talk about what happened to you.
A: Early last year, I developed a high fever and nausea that I thought was caused by the flu.  Instead, doctors discovered a massive infection in my stomach, which led to a condition called sepsis. Then, my lungs began to fail because they had to pump so many antibiotics through my system. I was put on life support, and my family was told they needed to say goodbye, because I wasn’t going to make it. But a funny thing happened. First, a few people prayed over me, and then more and more as area churches got involved. The ER staff couldn’t explain it, but my condition inexplicably reversed, and my vital signs gradually improved to the point I could be taken off life support. A pulmonologist who studied a scan of my lungs was amazed to find every sign of trauma had vanished.

Q: Why did you decide to write this book and relive this traumatic experience?
A: Because people often doubt whether God still performs miracles, when I’m proof that He does. Our society seems to have forgotten who really controls this world, and the devil would like nothing more than for Christians like me to stay silent when God does something amazing.

Q: What have you learned about prayer through this process?
A: That having a healthy prayer life doesn’t just happen, and it doesn’t come naturally to most of us. That’s why I studied scripture, and I also looked to the lives of exemplary Christians to learn how to make the most of this gift God’s given us.

Q: Why did you title the book “Shameless Persistence?”
A: I titled the book Shameless Persistence: Lessons from a Modern Miracle, because in Luke, Jesus specifically told his disciples to pray with shameless persistence, like a man who asks his friend for help and won't take no for an answer. 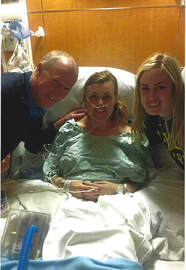 ​Q: How do you answer someone who prayed for their loved one, yet they were not healed?
A: That’s one of the hardest questions I faced when I was released from the hospital. I had people corner me and demand to know why God spared my life, but not the life of their child/sibling/parent. All I can say is that God has said “no” to many people in the past who we would think deserved a “yes” (including Jesus himself), but it all comes back to this ultimate truth: God knows what’s best for all of us, even if we don’t understand it or agree with it.

Q: Are there three key lessons you learned about prayer through your experience?
A: The three key lessons I would offer people would be: 1) Take a good look around you whenever you feel as if God has ignored a prayer request. Often He has answered the request, only not in the way we hoped, so we don't see (or we refuse to see) an answer that's right in front of us. 2) Remember Jesus' response when Peter asked about John's future. Jesus basically told him, "It's none of your business." Whenever we compare our lives and the answers to our prayers to the answers others receive, we're negating everything God already has done for us. 3) Anytime we receive a "no," we need to remember whose company that puts us in. God told Jesus "no" when he asked to be spared the cross; C.S. Lewis asked God to spare his new bride, but she succumbed to cancer anyway; and King David asked God to spare his child, to no avail. By seeing their reactions to God's no's, we can learn how to handle our disappointments better.

Q: How are your prayers different today than they were before you became sick?
A: For one thing, the timing of my prayers is different now. I used to try to fix problems on my own (whether I admitted it or not), and then give them to God as a “last resort.” Now, He’s the first one I turn to. The tone of my prayers also has changed. Instead of asking for God’s help in a way that benefits me, I’ve realized that very little in this life is really about me:  it’s about furthering God’s kingdom in whatever way He sees fit. Even if it makes my life harder.

Q: Do you consider yourself a modern-day miracle? Why or why not?
A: I definitely consider myself a modern-day miracle. Look, when every medical specialist on your team agrees you should’ve died, then you know God is in charge. Here I had the best hospital, brilliant doctors, and enough medicine to stock a pharmacy (my medical chart ran over a hundred pages), and still no one could cure me. No human, that is. 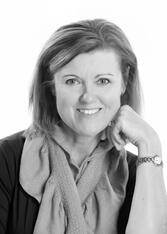 Sandra Bretting is the author of the critically-acclaimed book series, “The Missy DuBois Mystery Series” (Kensington Publishing, New York). A graduate of the University of Missouri School of Journalism, she spent two decades writing feature stories for national newspapers, including the Los Angeles Times and Houston Chronicle. She is a long-time member of The Writer’s League of Texas and the national chapter of Sisters in Crime. She lives with her family in a suburb of Houston, Texas. For more information visit www.SandraBretting.com.