Q&A with Coach G.F. Watkins
Author of “Test Me: The Malachi Mystery” 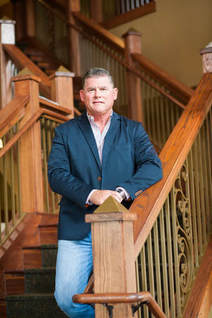 Q: What prompted you to write the book “Test Me”?
A: I read a study in Barna Research that said only 4% of Christians actually tithe. But in Malachi 3, God clearly says that those who give a tithe will receive His provision and protection. I’ve been tithing for over three decades, and I have seen God do incredible things in my life. While I was a pastor, I would counsel with people who were struggling with various problems in their lives and I began to ask them, “Do you tithe?” The answer was almost always no, and I began to see a correlation. If we are not tithing, we are not under protection and provision which basically means we are choosing to be under a curse. People say they are crucified with Christ yet their actions don’t represent that fact. Everyone has the ability to tithe because whether you make a lot of money or very little, the tithe is a percentage, not an amount. God will always move through the people that love Him. God has hidden a mystery in Malachi, not from the people of God, but for the people of God. I talk to so many pastors who say they don’t have enough provision for their vision. Yet, the provision for the work of the church is contained in the Holy tithe.  Tithing is like a thermometer. You can tell where you are with God by your willingness to give.

Q: Why is tithing a neglected subject?
A: If it is not taught it won’t be practiced. The atheist magician Penn Jillette tells the story of a businessman who handed him a bible one time. Penn said that if Christians truly believed what they say they believe—that without Jesus people are going to hell— then they should be shouting that from the rooftops. In the same way, if a pastor believes the word of God and yet does not inform his congregation about the whole of the bible, including the importance of tithing, they are missing the boat.  I understand a lot of people have abused giving. That turns me off too. But we’ve thrown the baby out with the bath water when it comes to tithing.

Q: What d0 you believe would happen in the United States if all Christians tithed?
A: Let’s do some simple math. The median U.S. household income is $53,647. If we take the number of professing Christians in America, which Gallup says is 75%, it would equal 243 million people. Let’s divide that by 3 to calculate the correct family ratio and we get 81 million Christian families. If we multiple 81 million by the average income, then we have an annual combined Christian income in the U.S. of approximately $4.35 trillion dollars. Divide this by 10 for the tithe, and we see $435 Billion dollars that should be in the American Christian storehouse. No offerings, just the tithe! The total cost to eradicate world hunger is $30 Billion. The total cost to eradicate homelessness in the U.S. is $20 Billion. We should still have $385 Billion to solve other problems each year. If we feed people and make sure everyone has a home, do you think they might be open to the gospel? God’s strategy works. This is how God designed his Word to win the world. 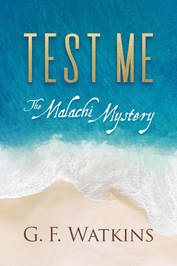 Q: How has the “Test Me” book affected churches that have used it?
A:  We have presented this book and program in several churches over the past few months, ranging from 140 to 4000 members. Some churches doubled their tithing in just the first week. We have seen a 30 to 90% increase of people tithing in each instance. If 100% of people tithe, you never need an offering. Everything a church would need, they will get from the Holy tithe. According to Malachi 2:7, the pastor is supposed to teach his flock what God says because most people are simply ignorant of God’s ways. What we are trying to do is come along beside pastors and offer them the tools they need to educate their congregations. The results have been astounding to date.

Q: You have done a lot of work in men’s ministry and wrote a book called “The Alpha Male and the Women who Get Them”. Talk about what you have learned working with men.
A: Edwin Louis Cole is considered the father of the Christian men’s movement, and I was privileged to have him as my mentor. His book “Maximized Manhood” rocked my world. In churches today, the ratio is usually 80% female and 20% male. Yet we know that when a mom is the first to be saved in a family, the chance the rest of the family will be saved is 13%. But when the father is first to be saved, the percentage increase to 95%. We teach men to be “Alpha Males” ——men who take responsibility, grow up, and lead their families. If a man loves God he will always love his wife. If we know our roles, we can reach our goals.

Q: You make some controversial statements about ADHD in “The Alpha Male” book. Talk about that.
A: I come from a family of educators and have a Master’s degree in Educational Psychology. Testing in our schools for hyperactivity or ADHD is biased and based on what current trends determine to be “normal.” The fact is the majority of teachers in elementary schools are female. They classify young men as ADHD and they are often medicated with drugs like Risperdal which causes female breast growth in young men. We are literally medicating masculinity out of our young men. As a former high school football coach and having a father that coached as well, I watched his remedy for ADHD on a daily basis. When young boys wouldn’t sit still in class, the teachers would send them to Coach Watkins’ office. Dad would take the boys outside and make them run and do bear crawls. Once they were able to extinguish a little testosterone, they were able to go back to the classroom and focus. And yes, they were a little winded and sweaty. 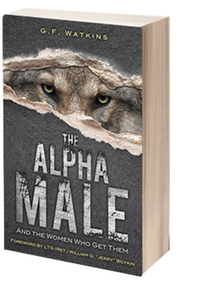 Q: You actually created what you call “Man Church.” What is that exactly?
A:  If you want people to change they have to go deep. When men are in a group together, and a woman walks in, they shut down. The same dynamic also happens in a group of women. There has to be trust in a group of men. Instead of having a normal Wednesday night service, we do church for men on Wednesdays and church for women on Tuesdays, and have had great results. Our meetings begin over a meal, and then we start talking about the evening’s subject such as courage, sexual integrity, being a better husband, fatherhood,  how to be a leader, etc. We have over 1oo men each week at our church and many groups that meet monthly outside of church. Many of the churches we coach now host their own Man Church.

Q: What would you say is the most important concept for men to understand?
A: Men need to understand who they are. Genesis 1:28 says that God created man to subdue it and have dominion over it. In God’s perfect world, He made man to rule and reign with Him on earth while He is the Lord of Heaven. When man sinned, the keys to this earth were handed to Satan and man gave up his authority to Satan. Nothing on earth was contrary to God until sin entered into the equation. We were created to rule, yet most men don’t know that. Dr Cole used to say being male is a matter of birth, but being a man is matter of choice. Heroes act on a need greater than themselves. We need more men willing to sacrifice themselves and become heroes to their families and communities. Affirmation is a father’s most powerful tool. Men need their fathers’ affirmations in order to reach their destiny.

Q: Talk about the Jordan Ranch and how it came about.
A: As a pastor of a large church for many years, I became frustrated when I noticed that, although we were gaining membership, people were not growing in Christ. We decided to go on an “Encounter God” weekend, and it was life-altering. It is 3 days of intensive ministry about the delivering power of the cross. And just like Jesus took twelve men to the cross and then He left, I have watched men bring needles, condoms, cocaine, pot, whiskey —things they brought with them not knowing what the weekend would bring— and they laid them at the cross. It became so popular with our church that small retreat centers couldn’t hold us anymore. I felt like the Lord said we need to build a facility to not only accommodate our church, but many other churches and organizations. We wanted Jordan Ranch to be an excellent place of refuge and retreat for people. In the past 9 years we have hosted all kinds of groups at this $10 million dollar, 65,000 square foot rustic elegance retreat center that sits on 86 acres. With 23 rooms, the ranch can accommodate groups as small as two and as large as 73. Our dining room and conference room can seat up to 120 guests, and our executive chef cooks everything on-site with a variety of menu choices. Chick-Fil-A’s Winshape Foundation has partnered with us to offer a retreat free of charge for high school coaches in Texas. We have an annual Intense Men gathering which is the largest campout in Texas with over 1600 men attending this year. We believe in top-down ministry in everything we do—training leaders to train others. Churches send their kids off to summer camp, but then they come back to dysfunctional leadership. If we can get the leadership in our churches and in our families correct, everything else will fall into place. 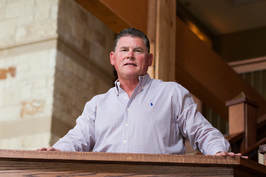 G.F. Watkins is an international leader, author, speaker, and church planter. He is the founder of Jordan Ranch retreat center and has planted churches in Texas, Africa, and Peru. As the founder and leader of GenesisTeam.org he now oversees and trains ministry leaders worldwide. A one-time All-American athlete and coach, he has used the principles and patterns learned in athletics to encourage, motivate, strengthen, and mobilize thousands. He is considered an authority in the area of Men’s Ministry and on the topic of fatherlessness. He is the husband to Rose, for 31 years, a father to 3 adult sons, Cole, Grant, and Dayne, and a mentor to many. For more information visit www.testmebook.com.