Author of "The Bloody Woman and the Seven-Headed Beast" 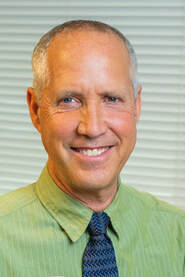 Q: What techniques do you use when interpreting biblical prophecy?
A: I follow well-established fundamental principles which I call, The Daniel and Revelation Principle, The Weight of Evidence Principle, and The Symbol-to-Literal Principle. In The Bloody Woman and the Seven-headed Beast, I give clear biblical examples of each principle to establish their validity. I let the Bible explain itself, point by point, in light of well-established facts of Christian history. God’s Word, centered in Jesus Christ, is home base in every detail. History also helps us to correctly interpret Bible prophecy.

Q: Who do you believe is the “bloody woman” and how did you draw that conclusion?
A: We discover the true entity of “the great whore” by carefully examining the clues listed in Revelation 17. Those clues include: she has illicit relations with “the kings of the earth” (v. 2), she has worldwide influence over “the inhabitants of the earth” (v. 2), she is “arrayed in purple and scarlet color” (v. 4), she is “decked with gold, precious stones, and pearls,” indicating extreme wealth (v. 4), she is a “Mother” (v. 5), she is "drunk with the blood of the saints” (v. 6), and she sits on “seven mountains” (v. 9)—which points to Rome, The City of Seven Hills. She is also a false church, for God calls His own people to “come out” of her (18:4) before His just judgments fall. It is a fact of history that credible Protestant scholars for over 400 years since the time of the Reformation identified this woman as the Roman Catholic Church which developed in the wake of a massive apostasy from Bible truth in Christian history. No other church calls itself “the Mother Church,” has persecuted like she has or is as wealthy as she is—even today. No other church sits on The City of Seven Hills. Catholic cardinals do dress in purple and scarlet. No other person has such global influence, even among American Presidents, politicians, congressmen, senators, jurists, and media, as the Pope of Rome.

Q: Are you likening the Catholic Church to anti-Christ? Why or why not?
A: Yes, just as Protestant scholars like Luther, Calvin, Wesley and Spurgeon did for centuries. The reason it is “anti-Christ” is that its teachings about praying to myriads of saints and Mary, bowing before statues, confession to priests, purgatory, and trusting in Popes as God’s ordained authorities on earth actually lead away from trusting only in Jesus Christ and in His grace for salvation. That’s why the Roman Church is anti-Christ. That said, there are millions of sincere Roman Catholics whom God in His mercy still considers to be His people. Revelation 18:4 makes that very clear.

Q: What do you believe will happen to America according to biblical prophecy?
A: Revelation 13:11-15 indicates that America (the nation with “two horns like a lamb”) will finally “speak like a dragon,” set up “an image” (or likeness) of papal Rome and will follow in her steps. During earth’s final crisis—which we are rapidly nearing—America will tragically deny her essential constitutional principles of freedom of religion, freedom of speech, and freedom of the press, and will descend into dark tyranny. The final scenes are described in the closing verses of Revelation 13. This will occur during “the short space” mentioned in Revelation 17:10, when the third seven-headed beast fully “ascends out of the bottomless pit” (17:8), and when the “ten horns” fully unite against “the Lamb.” But Jesus Christ will conquer all opposition to His will and government, for He is Lord of Lords, and King of Kings: and they that are with Him (His true followers) are called, and chosen, and faithful.” Revelation 17:14. 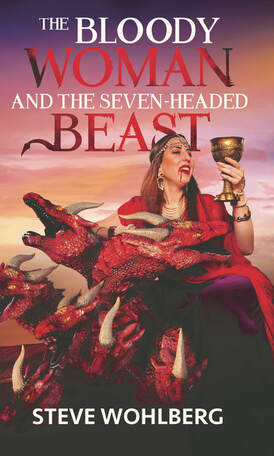 Q: Who do you believe is the seven-headed beast?
A: In a nutshell, there are three seven-headed beasts in Revelation, and each represents distinct phases of Rome, sitting on The City of Seven Hills. The first beast in Revelation 12:3 represents Satan primarily, but also Rome in its imperial, pagan phase, through which Satan worked to crucify Jesus and to viscously persecute His followers. The second beast in Revelation 13:2 represents Rome in its papal, (Pope-led) phase during the Dark Ages. The third beast represents Papal Rome in its currently wounded and finally fully revived phase during earth’s final crisis. Here are three indicators that we are rapidly approaching that final phase now: 1) Joe Biden supports Pope Francis’ monumental encyclical, Laudato Si, which claims to offer solutions to earth’s global environmental crisis; 2) Six of the nine current US supreme court justices are Roman Catholic; 3) Pope Francis is now combining the vast wealth and influence of the Roman Catholic Church with Fortune 500 companies to help “fix” current problems on planet earth.

Q: Talk about the “ten horns against the Lamb” and what that signifies.
A: The first time “ten horns” are described is in Daniel chapter 7, which describes four great beasts, representing the mighty nations of Babylon, Persia, Greece and imperial Rome (see Daniel 7:3-8, 23). Those “ten horns” represent European divisions of the fourth Roman beast. When Papal Rome grew into political power during the Dark Ages, it exercised its will through European kings, seeking to crush all dissent. During the French Revolution in the late 1700’s, the French government abolished the Pontifical government in Italy, thereby wounding the Roman Church’s political influence. But today, Europe’s kings are increasingly favorable toward the Pope. Soon they will once again support her fully, helping to restore her lost power. This will essentially put Europe at “war with the Lamb” (Revelation 17:14) because Romanism leads away from the pure gospel which teaches faith in the grace of Jesus Christ alone for forgiveness and salvation.

Q: How does this book differ from your “Approaching Armageddon” book?
A: Approaching Armageddon introduces the reader to biblical prophecy. It’s Prophecy 101. There the reader learns: 1) that the Bible is 100% trustworthy (based on past fulfillments of prophecy), 2) how many prophecies are now being fulfilled all around us which indicate that we are nearing the return of Jesus Christ, and 3) what Armageddon is really all about, and how God will win this ongoing war against the global forces of sin and Satan. The Bloody Woman and the Seven-Headed Beast goes deeper into the prophecies of Daniel and Revelation, especially Revelation chapter 17. Ultimately, it explores the roles of America and the Vatican in earth’s final events, God’s just judgments upon apostasy (Revelation 16), and the deliverance of His people who remain loyal to “the Lamb.” (Revelation 17:14) 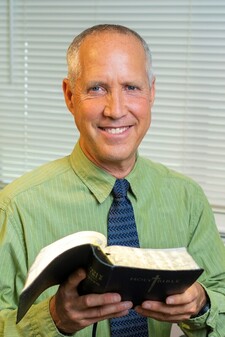 Bible expert, international speaker, television producer, and author of over 30 books, Steve Wohlberg has been a guest on over 500 radio and TV shows and has also spoken inside the Pentagon and U.S. Senate.

Widely regarded as an apocalyptic expert, he has been featured in three History Channel documentaries and one National Geographic International documentary offering insights into the book of Revelation.

​He earned a B.A. degree in Theology from La Sierra College and his Master of Divinity degree from Andrews Seminary. He currently lives in Priest River, Idaho, with his wife Kristin, their son Seth Michael, and their daughter, Abigail Rose. For more information visit www.whitehorsemedia.com.