According to a recent study funded by the Department of Justice, the average age of young girls forced into the sex trade in America is approximately sixteen years old.

Though estimates vary, as many as 21,000 child sex slaves, or children who are trafficked, may exist in the United States alone.

According to the FBI, girls that are trafficked for sex have an average lifespan of 5-7 years, typically dying of disease, suicide or murder.

The International Labour Organization (the United Nations agency that deals with global labor issues), calculates that nearly 21 million people are victims of human trafficking worldwide. Roughly 4.5 million of those victims are trafficked for the purpose of sexual exploitation.

​The International Labour Organization also estimates that 55% of all trafficking victims and 98% of sex trafficking victims are women and girls. They estimate that $150 billion dollars a year is generated through forced labor, with two thirds of that coming from commercial sexual exploitation globally.

Q&A with Dr. Jeff Brodsky
Author of "The Least of These: One Man's Remarkable Journey in the Fight Against Child Trafficking" 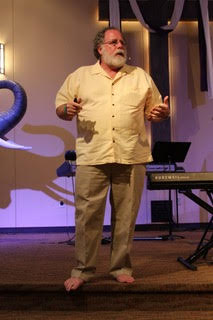 Q: You have been going barefoot for over eight years now. What motivated you to begin going without shoes?
A: On July 19th 2010 I was at a garbage dump in Phnom Penh, Cambodia. I was there with a co-worker (Cambodian) who had a program feeding impoverished children who lived in the dump. The smell was nauseating. The children live there because that’s where the freshest food is for them. As the group of a dozen or so children were eating a bowl of rice with chicken, I noticed they were all barefoot. A couple of them wore old flip-flops. I could not imagine walking barefoot among the trash and sludge. I even had a difficult time walking in there with shoes, tip-toeing across the garbage. When I got back to my hotel room that night, I could not get the picture of those bare feet out of my mind. I had a talk with God and felt He was impressing me to go barefoot for one year in solidarity with those children and with impoverished and trafficked children around the world. I knew that many times the brothel owners would even take the shoes of children brought to the brothels to make it more difficult for them to run. This was my motivation to begin my barefoot journey.

Q: What do most people not understand about the sex trafficking industry? Why do you believe sex trafficking has become so prevalent in our world today?
A: What most people don’t understand about the sex trafficking industry, especially the sex trafficking of children, is that it actually exists and is THE fastest growing crime in our world (including America) today. People often turn a blind eye to it —similar to the 3 monkeys—SEE no evil, SPEAK no evil and HEAR no evil. They don’t want to see it, hear about it or speak about it. It’s easier to look the other way. They wouldn’t feel that way if it was their child. It has become prevalent because of the growth of the internet and especially because of how permissive our society has become in so many areas related to the modern sexual revolution. In my new book I put it this way: “When any society becomes permissive instead of protective, that society is in the throes of moral decay.”  That is unfortunately America and our world today.

Q: What are some practical things everyday people can do to stop sex trafficking in their cities/states?
A: Make sure that they’re aware of organizations fighting it in their community, city or state. Make sure they elect officials who are zealous in the fight and especially prosecutors who will give maximum long-term sentences to the perpetrators (pimps, traffickers, brothel owners, pedophiles). Every city should host seminars and workshops so that parents, teens and even children know how to protect themselves from predators.

Q: Talk about your law enforcement training and the rescues that your organizations has helped facilitate.
A: I have no law enforcement training myself, but I have assisted in many rescues and undercover arrests of traffickers over the years. We now have a highly qualified Director of Global Police Training and Tactical Operations who has trained Special Forces Military and Police SWAT teams. In Cambodia, our efforts have helped move that country from Tier 3 (no efforts against trafficking) to a Tier 2. The U.S. is considered Tier 1 due to its aggressive laws and enforcement against trafficking. We have also started conducting trainings in airports which recently resulted in the rescue of a 9-year-old in the parking lot of an Alaskan airport. Overall, we have rescued over 2000 children, teens and young women —some as young as four years old. 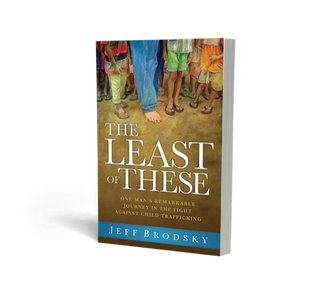 Q: How has The Barefoot Mile developed over the years?
A: When I spoke at a Church in Coshocton, Ohio almost about six years ago, several days later I received an email from their youth pastor. She said the youth were really touched by my message and especially my decision to live barefoot. They decided they wanted to do a fundraiser for JOY International. They asked if I would mind if they did a walk. She said they wanted to call it a Barefoot Mile. They asked me if I would come back and walk with them. They raised over $10,000. I was astounded. That’s where The Barefoot Mile began. When I decided to live barefoot in solidarity with impoverished and trafficked children, I had no intention of it being used as a fundraiser. It was very personal to me, and I saw it strictly as an opportunity to raise awareness about the plight of trafficked children around the world.

Q: Have there been instances where you haven't been allowed to enter a place in bare feet? What happens then?
A: When I go to a restaurant it’s pretty much the same story almost every time when they see my bare feet. Sometimes they ignore it and sometimes I’m confronted either by a hostess, waitress, waiter or manager. The conversation is pretty much the same…
Restaurant: “Sir, do you have shoes?”
Me: "If I had shoes I’d be wearing them."
Restaurant: “Sir, you need to have shoes on here.”
Me: "Really? Why?"
Restaurant: “Because it’s a health code violation.”
Me: “Is that the only reason?”
Restaurant: "Yes."
Me: “Well then, we’re fine, because in my handbag here, I have a letter from the Director of the Health Department of Colorado that says there is no health code violation. There is also no law, rule or regulation against being barefoot in a restaurant or any retail outlet. It’s a misnomer. I actually have a letter from the Director of every Health Department from every state in America. What’s the difference between what’s under your shoes and what’s under my feet? As a matter of fact the bottom of my feet are cleaner and more sanitary than the bottom of your shoes. All the things you step on every day are still under your shoes. When you go home tonight you’re not going to do what I do every day, 7 days a week, 365 days a year. When I go home, I’m going to kiss my wife and then go straight to the bathroom, sit on the edge of the tub and scrub the bottom of my feet with anti-bacterial soap. Do you do that with your shoes? By the way, I’d be happy to give you a copy of the letter I have.”

In eight years I’ve been thrown out (rudely) by one manager of a Target, and two restaurants that simply did not care about the letter. Now, after so many years, I have found the best thing to do when going to a new restaurant where they don’t know me is call and speak to the owner or manager and explain who I am and what I’m doing (and about the letter I have). I share with them that I’m calling to avoid any embarrassing or awkward situations and as a courtesy to them. ​

Q: How long will you continue to go barefoot?
A: On the one year anniversary of my decision to go barefoot, I was about to put on some socks. But God wouldn’t let me do it. I mean, the sock would, literally, not go on my foot! I knew in that moment that as long as my going barefoot could motivate just one person a year to take action in a way that will help us rescue even one more child each year, I’ll go barefoot the rest of my life.” 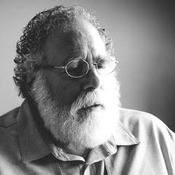 Dr. Jeff Brodsky is founder and president of Joy International, a nonprofit organization devoted to the rescue and restoration of children from the commercial sex trade. To raise funds and awareness, he has performed as Snuggles the Clown, ridden a bicycle solo from California to New York City, led ten 101-mile walks across Death Valley, and spoken in nearly 50 nations. He and his wife, Gail, live in the foothills above Denver. They have three children and eight grandchildren. For more information visit http://www.joy.org or http://www.thebarefootmile.org.

“Dr. Jeff Brodsky has written a moving and profoundly impactful book that should be a reference for anyone working in the field of human trafficking, whether they are students, advocates, law enforcement, prosecutors, or clinicians.”
— Dr. Kalyani Gopal, PhD, Founder and CEO, SAFE Coalition for Human Rights

“Jeff is driven by the passion of imagining that every enslaved child is his own, a truly sane response to the insanity of sex slavery and the global apathy that enables it. The book is a journey, painful and triumphant, into human extremes that are hard to imagine.”
--Don and Wendy Francisco, singers, songwriters, recording artists

“The story of Jeff Brodsky’s commitment and love inspires each of us to step out of our comfort zone and reach a hand in service to one another.”
--Nancy Rivard, President, Airline Ambassadors

“This book gives a truthful portrayal into the darkness of human trafficking, but also shines a light on the power of redemption.”
--Gabrielle Thompson, Executive Director and CEO, Free for Life International