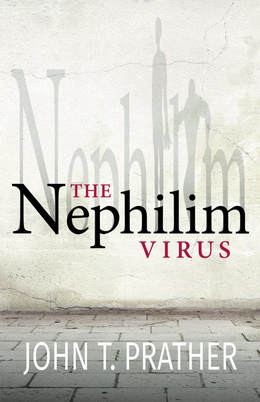 ​Author and Hollywood actor and model, John Prather, intertwines history, science, and the Bible to create a plausible post-apocalyptic tale.

The Nephilim Virus is a nonstop race against time from beginning to end!
​
Book Details:

More about "The Nephilim Virus": 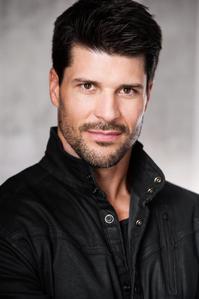 John Prather emerges as a master storyteller with a tale that you won’t be able to read fast enough.”
--Jeff Dixon, Bestselling author – Dixon on Disney series

​
Nick Reese wakes from a 3-year coma to find the world he once knew is gone. An ancient virus has infected two-thirds of the world's population, turning humans into either incredibly intelligent super-humans or large and indestructible animalistic creatures. For the survivors there is no government, no antidote, and no safety.

With the help of a beautiful hematologist named Faith and a man they call the Commander, Nick must survive long enough to discover the origin of the virus and learn how his blood could hold the key to a cure. But he has to do it while being hunted by the infected. And failure means the extinction of the human race.

Endorsements for "The Nephilim Virus":

“This story isn’t for the faint of heart. It’s a blood-pumping thriller sure to make your heart rate spike. The Nephilim Virus has villains that will make your palms sweat and a plot so real you’ll be looking over your shoulder for Nephilim while asking your doctor to test you for the virus. This is an amazing book!” --Kenny Schwartz, Emmy-nominated film and television writer –American Housewife; Modern Family; American Dad!; Two Guys, A Girl and a Pizza Place

“This book would make a great movie! It’s a cohesive, fun ride through some of my most beloved topics—science, the supernatural, and the apocalypse.” --Megan Fox, Actress – Transformers, Teenage Mutant Ninja Turtles, Jennifer’s Body, This Is 40

“Get ready to wake up and find yourself in a nightmare of epic proportions. Each page is an adrenaline-infused adventure that will leave you breathless as each paragraph is another jolt moving you toward the heart-pounding conclusion. Blending biblical history with modern high-tech thrills, John Prather emerges as a master storyteller with a tale that you won’t be able to read fast enough. The Nephilim Virus is infectious and the only cure is to read this amazing story.” --Jeff Dixon, Bestselling author – Dixon on Disney series

​John Prather grew up with seven siblings in Memphis, Tennessee, on a steady diet of BBQ and southern values. After graduating from the University of Memphis, he moved to Hollywood to try his hand at the entertainment industry. He has been featured in TV series such as Scream Queens on Fox as well as WWE Raw. His commercial work has included ads for FedEx, Old Navy, Burger King, and Ruffles, in addition to various other major corporations. As a model, he has been featured in national magazines such as People, GQ, Men’s Health, as well as on the cover of Muscle and Fitness magazine, among others. John and his wife are expecting twins in early 2018, and hope to adopt their foster daughter very soon.

Links to buy the book: