Q&A with Jeff Middleton
Author of "The Treasured King" 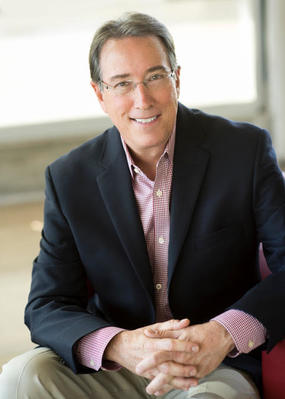 Q: What motivated you to write this book about King David?
A: I have been studying and teaching the Bible over 20 years. Several years ago while leading a small group at our church, I began developing a Bible study on “David the Shepherd” and what life may have been like tending sheep. The study was well-received, and continued to evolve as I looked deeper into David’s life. I was encouraged by friends to assemble the material, which most recently resulted in the book. More scripture is devoted to David than any other human being in the Bible. I believe that people can relate to David’s story because he’s a lot like us. Like us, David had many faults, but he also faced some heartbreaking experiences. He lost loved ones tragically. His son rebelled against him. As king, his people failed to support him. He had a trusted advisor join up with his enemy. He had a general who disobeyed him. But as a leader, David did not have the luxury of wallowing in self-pity. David remained faithful to God and served Him with passion. Like us, David also sinned and suffered the consequences, but God still loved him and pursued him. God remained faithful to David, and each time David messed up, he ran to God for forgiveness and hope. David desired to please God. He also pointed to Christ Jesus, the coming Messiah.

Q: What are the biggest misconceptions people have about David?
A: I love the way that the Bible is totally transparent about people and events. It does not try to paint a rosy picture of people. Every major leader in the Bible is portrayed as both noble and painfully flawed. For example, Moses, Paul and David all had sinful flaws. It is easy to judge some of their actions and say to ourselves, “I would never have done that,” but each of us is prone to making bad and unfaithful decisions. The Bible clearly demonstrates that each of us is sinful and in need of a Savior. David was the King of Israel and “a man after God’s own heart,” yet he still suffered the consequences for his actions. David did not get away with anything. Though David deserved death for deliberately killing Uriah for example, God spared him because of his repentant attitude. God desires our hearts. God knows that we’re going to mess up, and He therefore desires repentance. While David passionately repented and was forgiven by God for his sin, there were still ramifications for his indiscretions. The principle that “we reap what we sow” is consistent throughout Scripture. “Repentance” is a word that many misunderstand. It is often associated with a simple “confession,” but we see clearly by studying David that repentance is much more than that. The definition of repentance is to make a 180-degree reversal from doing what is wrong toward doing what is right. Multiple times, David demonstrated deep repentance when he messed up. He did not just confess his sin to God, but was deeply committed not to do it again.

Q: David did some horrible things. Why do you believe he was called a “man after God’s own heart”?
A: The bible actually tells us why David was a “man after God’s own heart.” God first states it in 1 Samuel, but Luke clarifies it further in the New Testament, “And when [God] had moved [Saul], he raised up David to be their king, of whom he testified and said ‘I have found in David the son of Jesse a man after my heart, who will do all my will’” (Acts 12:22). So the answer is simply that David sought to obey God and do what He told him to do. God desires that each of us obey Him. Jesus clarified this desire when He said, “If you love me, you will keep my commandments” (John 14:15). It pleases God for us to obey Him. It pleased God for David to obey Him. When David did mess up, it was God that he ran to for forgiveness in repentance. Psalm 51 was birthed out of David’s repentant heart. Each of us falls short of God’s desire to trust and obey Him. David admitted this most candidly in Psalm 119:34, “Give me understanding that I may keep your law and observe it with my whole heart.” Do you see the humility in David’s heart from this statement? David not only acknowledges his desire to please God and obey His commandments, but also acknowledges that he needs help doing it. All of us needs help; we can’t do it alone. We need God! 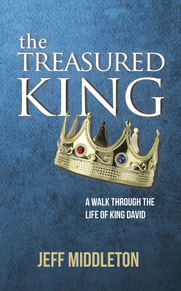 Q: What can we learn from David’s transgressions?
A: Like us, David was not perfect. His transgressions included lust, adultery, lying, and murder. There were times when David did not act like the man that God had ordained to be His servant and the King of Israel. But each time God called him out for his mess ups, David passionately repented. David had a friend named Nathan who helped him stay accountable to God. I believe that we all need someone like Nathan in our lives to help us stay aligned with God’s Word and hold us accountable for our actions. Nathan gently helped David see his transgressions so that he could repent of his sin and reconcile his relationship with God. If you don’t have a Nathan in your life, pray for one. None of us were meant to walk through this earth alone. We need other people to help us.

Q: What characteristics did David possess that made Him such a powerful leader?
A: First and foremost, David was a great leader because God helped him be a great leader. David learned early in life as a shepherd boy that God was sovereign over all things. God had helped him overcome a lion and a bear while tending sheep. David knew that it was God who got him out of those scrapes. Some might call it “luck,” but David knew it as the grace of God. David’s humility of heart and submission to this Sovereign God of the Universe enabled him to be used for great things. God is seeking leaders like David who have these spiritual qualities—devoted and humble hearts. David is a model for us. I expand on these traits and share some leadership principles in Chapter 12 of the book.

Q: What do you hope the reader gains from this book?
A: I want people to see that God loves them and desires for them to know Him personally, just like He did David.  David’s story speaks to all of us. God’s love for us has no end. He desires our hearts. God created us and has a unique plan for our lives just like David. God has also made a way for us to know Him by sending His Son, Jesus Christ. David pointed to Christ Jesus in the Psalms, the true “Treasured King.” Despite David’s failings, he had a well-intentioned, passionate faith. He battled persecution, anxiety, temptation, depression, family dysfunction, enemies, fear, pride, shame, and the ever-present uncertainty of tomorrow. I want readers to experience the same passion for God that David had and to examine their own hearts.  I also hope the reader is able to use this book not only as a personal study, but will also consider studying it collectively with others.

Jeff Middleton has been teaching bible study classes for over 30 years. He is the founding board member of the Biblical Marriage Institute which trains and equips the Church to model, teach and advance biblical marriage throughout the world. He earned a Bachelor’s degree from Guilford College as well as studied Leadership Development at Harvard University. His career as an Executive Sales and Management Consultant included a 15 year tenure with IBM. He and his wife of 34 years reside in Birmingham, Alabama. For more information, visit www.TheTreasuredKing.org.

“As a men’s ministry leader I am constantly looking for material that our small groups can interact with the Scriptures. Jeff Middleton does that in his book The Treasured King. I love how he takes the life of David recorded in the history of the Old Testament, interface them with David’s Psalms, and brings New Testament passages in the mix. He also applies the Scriptures to where we live today. I see God using this book to further others to be ‘men after God’s own heart.’ I heartily recommend it.”
Phil Reddick
Executive Director of Young Business Leaders
Birmingham, Alabama

“Adventure... challenge... inspiration! You will find this and much more in Jeff Middleton’s exploration of the life of King David. Knowing Jeff for many years, I can attest to the authenticity and personal nature of his writing. You will simply love this book! As you enter David’s story, you will quickly find a path into your own soul and journey. And this journey will be well worth your time.”
Dr. Randy Hemphill
LIFE Ministries
Author of 30 Days of Hope for Hurting Marriages

“As a longtime friend and co-laborer in the teaching of God’s Word, I have watched Jeff face and, by God’s grace, overcome many ‘giants.’ His thorough research into the life of David is matched only by his personal experience as a humble, yet passionate, leader. Grab your Bible, highlighter, and pen and prepare yourself for a richly fulfilling educational journey into the multi-faceted world of King David.”
Alonza Jones
President and Co-Founder, Biblical Marriage Institute

“Middleton’s account of the life of David reveals the secret of David’s success and the reasons for his many failures. But it also uncovers the greater story of a better hero. In traversing the details of David’s life we learn how this weak Israelite king points us to the ultimate king, Jesus — despised like the ‘worm’ of David’s psalm, yet finally winning the ultimate victory for His people over sin and death. This work is a great service to the church in uniting a researched theological discourse that will engage the mind with a pastor’s eye to calling on every reader to surrender their hearts to the “Treasured King.” God-centered, application-oriented, and driven by the text throughout, this resource is a gift to God’s church.”
Brian Keen
Director of Ministries at Brother Bryan Mission
Birmingham, Alabama