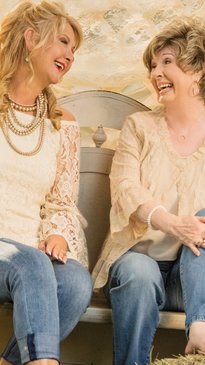 ​On March 2, national recording artist, TV host, author/speaker Shannon Perry, went into the recording studio with renowned pianist Jeff Stice to record her mother's favorite song, "'Til the Storm Passes By." This song was played by her mother's bedside until her long, hard-fought battle with cancer came to an end just four days later.

This song was never intended for the public to hear. But the response to this song at Shannon's mother's funeral was overwhelming.

Shannon's heartfelt, emotional vocals, combined with the piano stylings of 12-time Musician of the Year, breathe new life into this timeless classic.

We hope you will consider sharing this song with your audience. 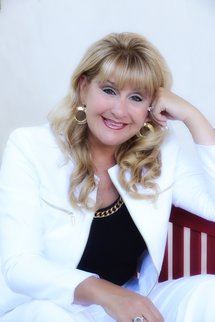 Shannon Perry has been in full-time ministry for over a decade. Her weekly TV show, Grace in High Heels, airs on four different television networks into over 74 million homes.

Shannon has teamed with Lifeway's Songwriter of the Year, Paul Marino, to write and record songs for one full-length CD as well as the song, “Overlooked,” featured on Shannon's latest CD, In Her Shoes. The music video for "Overlooked" was directed by Telly Award-winning filmmaker Jeff Kubach whose credits include the hit television shows Survivor and Burn Notice. Shannon has performed with the Houston Symphony, at Carnegie Hall, and sang the National Anthem at a Houston Texans NFL game before 70,000 fans.

She is the author of three books, "Grace in High Heels: Real Life Reflections of Humor, Hope and Healing," "The Overlooked Generation: Parenting Teens and Tweens in a Complicated Culture," (endorsed by renowned author and youth evangelist, Josh McDowell) and "Stand: Staying Balanced with Answers for Real Teen Life." She holds a Master’s degree in Education and Counseling and is a Certified Instructor in Parenting Classes and Crisis Counseling. She is considered one of the foremost experts on bullying in the country.

Shannon has created three original women's conferences, and speaks at churches, retreats, and schools across America. She hosted her own radio show in Houston, Texas for over a year, and has been a featured speaker at Salem Radio community events in various cities. Visit http://www.ShannonPerry.com for more information.

Connect with Shannon on these social networks: