Q&A with Dr. Deb Waterbury
Author of "We are Mother Abraham" 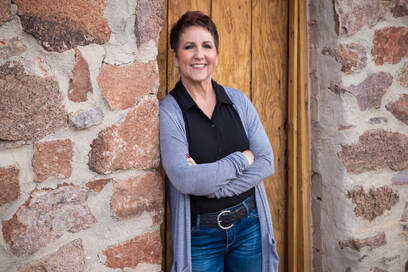 Q: What was the inspiration behind this book?
A: Truthfully, my own experience with my son was the initial inspiration, but as I moved through these struggles, I was also hearing from many, many women who were sharing these kinds of situations along with me. It became increasingly evident that just about every mother deals with the pain and heartache of letting their children go at one level or another. I knew I needed to understand how God fit into all of that. And He does. As a matter of fact, this, like everything else in the life of a believer, is part of His grand design. It’s also for our good and the good of our children, but it doesn’t make it any less difficult. Consequently, I knew I needed to write a book that not only addressed the why of this particular design, but also primarily the why of the difficulty for mothers. In that, I felt it would be more of a comfort to mothers to know why they were feeling what they feel, as well as understanding the truth of God’s heart toward them in this very heart-wrenching task.

Q: It is a fictional book, but the subject matter has a basis in reality for you. Talk about that.
A: My youngest son is a recovering alcoholic. It’s been a long, painful road for him, and it’s been an exercise in God-realities for me. He and I are very close and always have been. As his mother, I believed that it was my responsibility to not only care for him, but to save him. What this meant for the times he relapsed was that I moved quickly to do whatever was necessary to either alleviate his pain or keep him out of trouble as much as I could. Of course, I didn’t realize I had gone to this level, but my “mother instincts” kicked in, and protecting him took first priority. It wasn’t until he disappeared for six weeks that I really came to the end of myself in terms of what I could and should do. He had been gone for around four weeks, and I didn’t know where he was, how he was, or if he was even alive. I became physically ill from worry and had worn myself out with looking and calling and praying.

One morning during another tearful prayer session in my home office, I kept hearing the words, “Mother Abraham, Mother Abraham,” over and over in my head. Finally, I stopped crying out to God in prayer for my son and instead cried out for clarity on that phrase. “Why do You keep saying that?” I asked out loud. “There’s no such person as ‘Mother Abraham.’ It’s ‘Father Abraham.’” However, the only answer I got was the urging to read Genesis 22 on Abraham’s obedience when called to sacrifice Isaac. I was still confused since this was about Abraham and not Sarah, but then I distinctly heard the Lord tell me, “As difficult as it was for Abraham to sacrifice his only son, it was even more difficult for Sarah to let him go.” I just sat back in my chair to think about that, and God spoke to me again. “If I choose to let your son die, you must be okay with that.” Now that rocked my world. I fell headlong on the floor, sobbing almost uncontrollably. “I can’t do that, God!” I yelled. “I’m not Abraham! I don’t have that kind of strength!” And then that still, small voice. “But you do. You are mother.” This began my journey for truth as it pertains to mothers, their children, and God’s unique call on mothers’ lives as they must give those same children back to God. 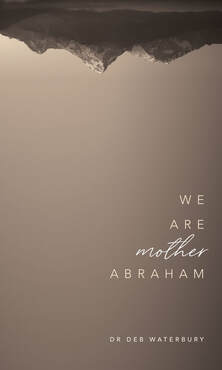 Q: Not many people have gone into this kind of depth about the impact of Abraham’s sacrifice of Isaac on Sarah. How did you use the Scriptures to help you formulate your conclusions about Sarah?
A: The bible study inside of We are Mother Abraham about Sarah’s struggle to let Isaac go when Abraham took him to Mount Moriah is first and foremost historical fiction. There are no biblical or written accounts of Sarah actually going through the struggle that is depicted in the study, Mother Abraham. It is a completely fictional account with historical renderings. That being said, the Bible does have much to say and depict in regard to Sarah as a woman:

I used all of these impressions of Sarah as a woman to formulate how I imagined she would respond to impending danger where her son was concerned, as well as to how she might respond to Abraham and to God in this very frightening circumstance. Also, since the Bible is silent concerning any discussion of Abraham’s plans on Mount Moriah with his wife, I had to imagine that Sarah would have been a little suspicious, given her nature and their relationship otherwise. Using everything the Bible does say about Abraham, Sarah, and the history of their marriage and parenthood, along with the across-the-board reaction of mothers to letting their children go, the story in Mother Abraham was not hard to surmise.

Q: Why is the subject matter of this book so important for women to understand?
A: Any time women show crazy amounts of emotion, everyone, including themselves, wonder at the legitimacy of it. Additionally, our “mama bear,” ferociously-protective-natures over our children can make us sometimes go to serious extremes when our children stray or are in pain. The emotions that accompany these behaviors can lead us to question the reasons and even the validity of those emotions, eventually causing us to ask why it is so hard for us to let go of our children in the first place. That pain can make us question our spouses, ourselves, and God:  Why doesn’t my husband struggle like I do? Why would God let my child hurt or fail or go? Why am I having such a hard time with this? I believe that the only way we can find answers to these questions and more when it comes to the daunting task of letting our children go is to explore the truth of God’s Word, the reality of God’s mission, and the beauty of God’s love. Prayerfully, these are the things offered for mothers in We are Mother Abraham. 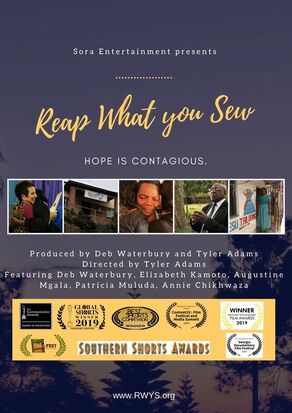 Q: Talk about the award-winning documentary which featured you and your school in Malawi.
A: The “Reap What You Sew” documentary was filmed on location in Blantyre, Malawi, and is about our tailoring school there, the Reap What You Sew School for Women. The school is for impoverished women, giving them both training in tailoring and business skills. After the six months is completed in the program, each graduating woman receives not only the education on how to be a successful businesswoman and a qualified seamstress, she is also given the sewing machine upon which she was trained along with a starter kit to begin her new business. To date, an average of 80% of our graduating students are now running their own successful businesses, many expanding and training others in their villages. The documentary highlights the school, but particularly follows one of its first graduates, showing how her life of poverty turned completely around after she graduated from the school. The “Reap What You Sew” documentary has won eight film awards to date, but more importantly, it is increasing public awareness of the plight of these women who live in one of the most impoverished countries in the world. We believe that the most advantageous thing we can offer these women is the empowerment that comes from making their own way in business. We also know that the plight of these nations in poverty will only turn around when we start with giving this kind of economic freedom to its poorest citizens. That’s why our motto is “One Woman, One Business at a Time.”

Q: You recently announced plans to expand the school. Talk about that.
A: Since the very beginning of the Reap What You Sew School for Women in Blantyre, Malawi, I’ve always known that we would eventually need to build something bigger. First of all, we are very aware of the need for trade education for women in this country, especially to those in extreme poverty. We are also aware of the need to expand the sorts of trades in which we offer education to these women. However, our major concern has always been funding for the benevolent school, which currently offers training in tailoring for next to nothing for its students. That requires a great deal of fundraising, but mostly it creates a dependence on foreign monies to keep the school in operation. Since our number one goal is empowerment, which should consequently bring pride and independence, we knew that one day building a larger trade school—one where the students pay to attend—would be the way the funding could come from within the country. That time has come, and we are proud to announce plans to build Project Malonda, a trade school for women in Blantyre, Malawi, that will educate women in tailoring, cosmetology, and culinary arts. “Malonda” means “trade” in Chichewa, the indigenous language of Malawi, and this trade school will eventually not only fund itself, but also the benevolent school now in existence. Eventually, we would like to build many more Reap What You Sew Schools for Women in other countries. We were gifted a beautiful section of land at Kondanani Children’s Village, so the only thing left for us is to raise the funds to build the school itself. We are so very excited to see all that God has planned for these women and their families! 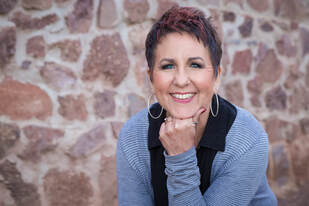 Dr. Deb Waterbury is the founder of Love Everlasting Ministries, a ministry dedicated to educating and empowering women all over the world. She founded the Reap What You Sew School for Women and Project Malonda to train and educate impoverished women in Malawi, Africa. Over 80% of the graduates of the Reap What You Sew school have started their own businesses and are lifting their families out of poverty. The “Reap What You Sew” documentary has aired on five television networks and won eight film festival awards. Dr. Deb hosts two weekly podcasts, “Real Life with Deb Waterbury” and “Get Real with Deb Waterbury.”  She acquired her Doctorate of Ministry in Biblical Expository Studies from Pillsbury Seminary in St. Louis, Missouri. She currently resides in Tucson, Arizona, with her husband, Jeff, a Lt. Colonel in the Air Force National Guard. For more information, visit http://www.DebWaterbury.com.