Q&A with Pastor David R. Stokes
Author of
“When Good Samaritans Get Mugged: Hope and Healing for Wounded Warriors” 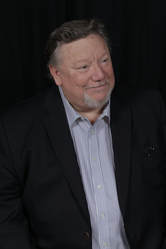 Q: A recent Pew Research poll indicated one of the main reasons people leave the church is because Christians act like non-Christians. How will your book help people who become disenchanted by Christians?
A: I often refer to myself as a “church survivor,” having been in church since I was eight-days old.  My father was a pastor. My mom really didn’t enjoy being a pastor’s wife—she got hurt a lot, so I saw things like this early on. My book will help in several ways. First, I remind people that their situation is nothing new or unusual. The key is to learn how to truly forgive, and to learn what that means and what it doesn’t mean. For example, forgiveness doesn’t always mean reconciliation, because that takes all parties. And forgiveness doesn’t mean broken trust is immediately restored. I’ve forgiven many people I will probably never be able to trust again. I deal with this in the book.

Q: You talk about unresolved anger being one reason that people become bitter. Talk about that.
A: Paul, in the book of Ephesians, talks about how unresolved anger gives Satan a “foothold.” And any foothold can turn into a “stronghold.” That’s what bitterness is. I have dealt with countless cases over the past 40 years, where someone got hurt, then got angry, then got bitter, and then the door was opened to much worse. Think of it like a cut on your hand. If you let it infect, it can become a gateway for deadly bacteria. Bitterness short-circuits our spiritual power and, once that is gone, anything evil is possible. I know drug addicts, gambling addicts, and people who’ve broken their marriages and in many cases the problem started with unresolved anger that opened the door to bigger problems. This is why we are not to provoke our children to anger. Anger is at the root of every major problem with young people. Whatever their “acting out” of choice, mark it down—they are first and foremost angry.

Q: What are some practical steps people can take when they have been hurt trying to do good?
A: I detail these in the book but basically the steps are manage the wound, remember your testimony (what God has done in your life), focus intensely on Jesus, and develop a godly support system (church).

Q: You talk about differences between complicated relationships and hopeful relationships in the book.  What are some of those?
A: We all have relationships that are high maintenance, and others that just stay easy and comfortable.  Paul talked about that at the end of his life. He had Luke—the easy relationship. He had Demas—the disappointing relationship. 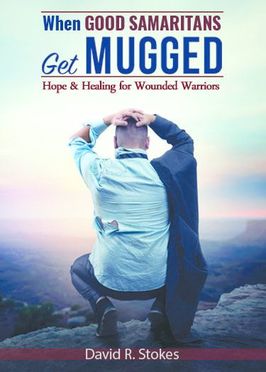 Q: You have a chapter called "Practical Forgiveness." Can you explain what that is?
A: Forgiveness is a command. It’s also a truth, but it is also a process. I examine, in depth, the story of the Patriarch Joseph and his brothers and discover some great practical gems.

Q: Why did you include a chapter on grief in this book?
A: We grieve more things than just the death of a loved one. We grieve anything that’s broken and not like it “used to be.” Having conducted more funerals than I can remember over the years, I’ve observed the most demonstrative grief from people who really didn’t even seem to like the deceased while the person was alive. Was the grief fake? No. Sometimes we grieve what we missed—what we could have had, but didn’t.

Q: We seem to live in a culture where everyone gets offended, even among Christians. Can this book help turn that around?
A: I hope this book can help people get over offense. When we overcome the very real things that “hurt” us, we are less susceptible to being wounded by things we could otherwise easily let go. It really is true that hurting people hurt people.

An ordained minister for nearly 40 years, David R. Stokes has led congregations in Texas, Ohio, Illinois, and New York. Since 1998, David has served as Senior Pastor of Expectation Church in Fairfax, Virginia. He is the author of seven previous books including “The Shooting Salvationist” which became a national true crime best-seller. His next novel, “Camelot’s Cousin: The Spy who Betrayed Kennedy” is currently optioned as a movie by actor, Blair Underwood. David has partnered with Little Studio Films in Hollywood for several potential screen projects based on his books.

Two of his other books are novels based on true stories: “Jack and Dick: When Kennedy met Nixon” describes the very first Kennedy-Nixon debate which took place in 1947, thirteen years before the two men ran against each other for the presidency in 1960. Additionally, “Jake and Clara: Scandal, Politics, Hollywood, and Murder” is a dramatized, but factual account, of the story that captivated American in 1921 when a wealthy oil man, who bankrolled much of Warren Harding’s successful run for the White House, was shot and killed by his mistress before Harding could reward him with high office.

David hosted his own national XM satellite radio talk show, “David Stokes Live,” which was produced by Salem Media, and continues to guest-host for talk shows across the country. Over the years, he has interviewed hundreds of political leaders, authors, media personalities, historians, and business leaders. In addition, he has done voice-over work, including projects for a Smithsonian affiliate and a Presidential library.

In addition to his degrees from bible college and seminary, David earned a M.A. from Long Island University in History and Political Science. He has been married to his wife Karen for more than 41 years, and they have three daughters and seven grandchildren. For more information visit www.DavidRStokes.com or www.ExpectationBooks.com.

"I love to read a fresh and convicting view of a familiar story. David's book will enlighten, encourage, and challenge your commitment to be a Good Samaritan--no matter what." -- Dr. Johnny Hunt, Senior Pastor of First Baptist Church, Woodstock, Georgia and former President of the Southern Baptist Convention

"How should Christians react when they experience a 'mugging' themselves or witness the 'mugging' of a fellow believer? David Stokes, in his new book, brings wisdom, insight and sensitivity to a situation that often causes a crisis in the lives of believers. You'll want this book for yourself AND for your friends." -- Janice Shaw Crouse, Ph.D., Board Chair, The Institute on Religion and Democracy

"Several years ago I had the honor of having Brother Andrew as a guest on my radio program. While sharing a few of stories of his years of carrying the Word of God into some of the world's most dangerous places he said: 'There is no place you cannot go for God, as long as you don't have to come back.'  In reading this latest work by my friend David Stokes, I am reminded that serving the needs of others in Christ's name will often cut across the grain of our own comfort and even, at times, involve great risk. This book can help us remember that as the Father sent His Son into the world, He is now sending us, and that '...even the Son of Man came not to be served but to serve others and to give his life as a ransom for many." (Mark 10:45-NLT)'" -- Don Kroah, host of The Don Kroah Show in Washington, DC--WAVA/Salem Media.