Q&A with Dr. Richard Dew
Author of “When Sorrow Comes: What can God, you, and others do to help cope with grief?” 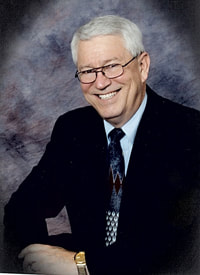 Q: Talk about the loss of your son and how that altered your life and faith.

A: As a physician, I had dealt with many tragedies and deaths and I was touched and saddened every time one occurred. I tried to console and help the victims and their families as best I could. But I was personally unscathed. I had little idea what they were experiencing. Then I learned what I never wanted to know. I was caring for my father who had an accelerated case of Lou Gehrig’s disease. In three months, he went from being an active vibrant man to being paralyzed from the neck down. I was managing fairly well until one morning at 4:00 a.m. my phone rang. An unfamiliar voice informed me my 21-year-old son, Brad, had been murdered. Six weeks later, my father died.  Prayer has never been my strong point, but in those painful early days of grief, I prayed as never before. Much of the time, I didn’t know what I needed, what to pray for, or how to pray for it. I wasn’t angry with God, but I was frustrated. My whole life I heard sermons and read scriptures assuring me of help and comfort in times of need. I did not feel accompanied nor comforted. I worried all the stuff I had claimed to believe might not be entirely true, or worse yet, was not true at all. I don’t know how many times I prayed, “Just give me one sign that what I claim to believe is true, and it will all hang together.” Not the prayer of a rock-solid believer, but it was honest, and it was mine. In truth, God was there all the time. I was just so caught up in grief and frustration, and was complaining so loudly, I neither heard nor recognized Him. My son’s death irrevocably changed my life. It’s been said, “When you lose your parents, you lose your past. When you lose child, you lose your future.” They are right.

Q: Was there a moment when you felt God was listening to your prayers?

A: About six weeks after Brad was killed, late one evening my mother called and told me Dad couldn’t swallow. He had already told me he didn’t want IVs or feeding tubes. I stopped on the way home from the hospital and the three of us talked about how Dad wanted us to proceed from this point. I shared none of the horrors of dehydration, starvation and wasting I knew lay ahead. When I got home, I prayed and asking God to please Dad go quickly and that he wouldn’t be in pain. Almost immediately after I finished that prayer, Mom called and said Dad had just stopped breathing. All I could do was say, “Thank you, I don’t need any more signs.” This is the only time in my life I have seen a definite answer to prayer as it was happening. It was as if God was saying, “I’m here with you. I’m not leaving. I know how you feel. They murdered my son, too.” I still have a lot of questions, but my faith has not been a problem since.

A: For most people, the loss of a loved one is a spiritual crisis. Many if not most, resent others’ interpretations of God’s purposes in their loss. There are numerous things I list in the book that are helpful and non-helpful to grieving people. An example would be saying something like “It was God’s will” or “God never gives us more than we can bear.” These are cliches that are often quite hurtful to someone who is grieving. One of my best friends is always emotionally in control. I had never seen him elated, depressed, or unusually angry. He was the first to arrive at my home after Brad’s death was announced at our church. His car roared up our long drive. Seeing me, he exited his car, ran to me, threw his arms around me, and wept uncontrollably. Stunned, I patted him on his back until he stopped sobbing. He then abruptly released me, rushed back to his car, and left. This is one of the few things I remember from that time, and he didn’t say a word.

Q: You go into detail on how to grieve for someone who has been murdered or committed suicide. How is the grief process different in tragic circumstances versus someone dying of old age?

A: The grief process is significantly prolonged if the death was violent, sudden, and/or unexpected. Homicide is not like an illness or an accident. Someone decided the victim deserved to die and proceeded to kill them, often in a gruesome manner. Homicide frightens people. They are uncomfortable talking about it with the survivors and often abandon them altogether. Most homicide survivors have significant anger and rage. Many would-be helpers cannot handle this. Deaths by suicide and addiction are stigmatized by society at large which adds an additional burden to the grief process. Many choose not to be helpers to the survivors making them feel guilty and defensive. Survivors of suicide must come to understand and accept what much of society doesn’t: suicide victims died of an illness. They didn’t die by choice or due to some weakness, character flaw or sin. They died of the illness of clinical depression. The death rate from clinical depression is greater than many cancers. Survivors must come to realize their loved one did not choose to die. They developed increasing feelings of hopelessness, helplessness, and worthlessness. They saw suicide as the only way to escape constant, intolerable emotional pain. They saw suicide not so much as an end to life, but as an end to constant, unbearable emotional pain. Survivors of addiction/overdose victim face many of the same problems as suicide survivors. A large number of people refuse to see addiction as an illness, although the entire medical profession has so stated for years. 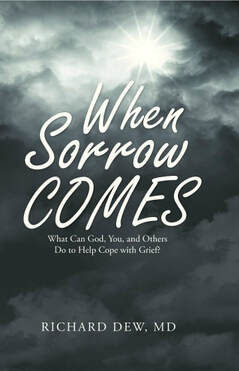 Q: You discuss the problem of "why" as in "why did this happen" or "why this person." How do we get past that "why?"

A: I think we feel if we can understand why, then in some odd way we can better control the situation. But you can’t fix the unfixable. To me, the first two whys—Why in the great scheme of things or in God’s plan did this happen and Why me—are unknowable. I got past them by admitting this and moving on. The last why—Why would a good and loving God allow evil, pain and suffering—has been asked since Job. I found the most effective way of dealing with all these Whys was to consider I might be asking the wrong question.  I began asking, “What now?” Given this terrible thing that had happened, what was I going to do with it? Instead of standing around in anger and frustration, the way was open to try and find positive actions to help bring some meaning to this tragedy.

Q: As a medical doctor, how can grieving affect our physical health?

A: Doctors have long known that serious, long term stress can cause or significantly worsen hypertension, ulcers, strokes, and heart disease. Grief is one of our most severe stressors. These same diseases are worsened by sleep deprivation, a common condition accompanying grief. One other interesting fact: men whose spouses die, have a 30% higher mortality rate than other men for the first two years after their wives’ deaths. Interestingly, women whose spouses die have the same mortality rate as other women.

Q: What do you hope people gain from reading this book?

A: My goal in writing this book is threefold: to help those who have lost a loved one to better understand their grief; to assist them to navigate their grief journey in such a manner that they may emerge emotionally healthy, spiritually at peace, and personally happy; and to help those who want to comfort the bereaved to understand what they are experiencing and how best to offer consolation, aid, and relief.

Q: What were some of the things that were most helpful in helping you cope with grief and adapt to your loss?

A: Three things played the biggest roles in helping me come to terms with Brad’s death: my faith, my support group The Compassionate Friends, and finding ways to bring meaning and something positive from Brad’s death. I have dedicated my writing, working with bereaved families, and volunteering at a clinic for the uninsured to Brad. This is his memorial. I am convinced one of the most powerful forces in coping with grief is to do things that bring meaning to us and our loved one’s life.

Richard Dew, MD, has been a family physician in east Tennessee for over 50 years, and currently volunteers as the Medical Director for a faith-based clinic for the uninsured in Sevierville. Following the death of his son, he became active in the international support group for families whose children have died called Compassionate Friends, serving on their national Board of Directors. He is the author of three previous books “Medicine with a Human Touch,” “Rachel’s Cry: A Journey through Grief,” and “The Other Side of Silence.” He and his wife, Jean, live in Knoxville, Tennessee. For more information visit http://rdewbooks.com.