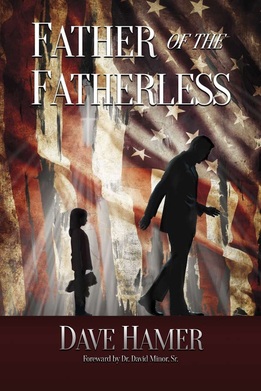 Talk about your background in ministry.

Although I had been raised in a Catholic home, I was a godless rebel until I was converted to Jesus at age 23. Almost immediately, I sensed God’s call upon my life and enrolled in bible school to study the scriptures and prepare for ministry. After bible school, I was privileged to pastor a non-denominational church in western New York where we experienced a beautiful outpouring of the Holy Spirit. A few years later, I began traveling as an evangelist and met my wife, Carolyn. For many years we traveled together, ministering in churches across America speaking nearly 200 times annually. We often assisted pastors in establishing or strengthening corporate prayer ministries to support the vision of their local churches. We also traveled overseas ministering in churches throughout the United Kingdom, as well as teaching at church leadership conferences in Africa. Although we have been traveling together in ministry for nearly thirty years, most recently I have been devoting more time to writing and prayer. Two books will be released in 2015 with two more projected for publication in 2016.

Talk about your new book FATHER OF THE FATHERLESS.

Father of the Fatherless presents the evidence that all of the evil pervading our culture can be traced back to one source…rejection of the fatherhood of God. Because we have forsaken our Christian heritage, American civilization is in a spiritual freefall, plummeting into fatherless chaos. As the greatest nation in the history of the world faces implosion under the weight of its own wickedness, there is but one hope for a real recovery…an American spiritual awakening. Nothing but God’s people uniting in prayer can halt the death spiral of a civilization collapsing in a revolt against the Ruler of the Nations. Christians are heartbroken over the godlessness flooding our culture. They lament the plight of a fatherless generation and mourn the massacre of an unborn generation. But that remorse has not enabled the church to reverse the downward trajectory of a once godly nation. Secular culture has sculpted modern Christianity into its own image and likeness and chiseled the altars of united prayer from the heart and soul of God’s church. While many in the church world are politicizing, debating and protesting the condition of America’s godless culture, this book offers the scriptural alternative by confronting the real problem --the prayerlessness in God’s house that allowed it—and the prayerlessness that continues to tolerate it.

Why do you believe abortion could be our nation's downfall?

Abortion on demand is society’s attempt to abolish fatherhood by rejecting God’s design for life. No nation truly under God would be capable of the mass murder of its own children. America’s problems are not just political, cultural, economic or judicial. They are spiritual, and rooted in our nation’s attempt to abolish God from our society. America has a self-inflicted fatal disease that only divine mercy can heal. All sin, even national sin, has only one remedy. That remedy is repentance. It would be catastrophic to think that the God of love and justice would ignore the shedding of the blood of fifty-five million innocent children. Even if legalized abortion ended immediately, our nation’s guilt would still remain. America will reap what she has sown unless she experiences a miraculous intervention of God. The power to uproot this curse can only be obtained if believers unite on their knees to plead for a spiritual awakening leading to national repentance. Changing our politicians, our judges and our laws will never wash away our crimes against humanity.

How do you believe God will judge America?

The judgment of America is already occurring but it can get worse…much worse. Sin has consequences. Our society is imploding under the weight of its own godlessness. The real question that needs to be answered is this: Will this generation of God’s church become His house of prayer for all nations as Jesus declared it was ordained to be?  Apart from God’s intervention, our country will continue to deteriorate no matter what human remedy we choose to use as a treatment. No mortal has a cure for a nation rebelling against God. But, as believers we must not give up hope and surrender America’s future! At the end of our futile trust in human solutions, prayer can apprehend the miraculous power of God. The church can have a powerful impact and reverse the trajectory if believers unite to seek God for a spiritual awakening.

On a personal level, what do you say to young women who have had abortions?

God’s love for you was revealed when He bore your sins and died in your place at Calvary. You no longer need to carry the spiritual and emotional aftermath that terminating a pregnancy buries in a soul and entombs in a heart. My outcry against our national atrocity should not be misunderstood as any malice toward you. The furthest thing from my heart is to stab you with condemnation, batter you with contempt, or hurt you in any way. Far from it! Because of His unconditional love for you, Jesus was wounded for your transgressions and bruised for your iniquities. He was condemned to die and pierced on a bloody cross to purchase your soul’s salvation. If your heart still bears the guilt of abortion, humble yourself in repentance and cry out to God for mercy until He softly speaks words of forgiveness to your scarred heart. Surrender your life to Jesus. Linger in remorse at the foot of the cross until godly sorrow leads you to the joy of redeeming grace. Then the Holy Spirit will gently whisper to you that all is well with your soul. That you would find the Father’s redemptive love is my sincere hope and one prayer for you.

What inspired your book HIS CRUEL CROSS MY MERCY TREE?

His Cruel Cross, My Mercy Tree is a call back to the crucial truths of the Savior’s sacrifice. Jesus Christ was crucified to save sinners. From many prominent platforms, redemptive truth is no longer primary even though the message of Christ’s cross is the power of God unto salvation. Because the essential truths of the death, burial and resurrection of the Savior are being marginalized, I was compelled to write this book. His Cruel Cross, My Mercy Tree confronts popular doctrines that circumvent the heart of God’s gospel. This book portrays the message of Jesus Christ crucified clearly and unapologetically just as it is revealed in the Scriptures. The eyes of readers will be turned to the cross to behold God’s grace in the sufferings that Jesus bore in their behalf. The wounds that led to His death are the wounds that lead us to His life.

Less people are attending weekly church services than in the previous generation. How do you believe we can stop the decline?

Although all Christians would like to see an increase in church attendance, what we really need is more lives transformed through the gospel. Many are employing strategies of church growth to swell membership rolls and boost attendance. Telling people what they want to hear is an excellent strategy for those who define success only by numbers.  People can be attracted to fill seats in auditoriums even though their souls might be empty of the one thing that ultimately matters. Real growth in the Christian faith requires continual encounters with God.

The Father’s heart is weeping over broken humanity in this fatherless generation. How many lost souls could be reached if God’s children were instructed to live a life overflowing with God? The results would be revolutionary in declining churches. As individuals, we cannot change the entire world. But, if we allowed the Holy Spirit to fill us, empower us, and lead us, we could change the entire world of each person we brought to eternal life in Christ. Healthy Christians reproduce. More disturbing than the decline in church attendance is the spiritual decline in the lives of modern believers. Addressing the decline of authentic spirituality in the daily lives of believers would not only increase attendance for Sunday morning worship, it would rescue many lost souls who are perishing without Christ in America’s post-Christian culture.

What are your future plans in addition to speaking and writing?

Carolyn and I have been entrusted with two gifts to serve others…a gospel ministry and the gift of hospitality. Through the years we have been privileged to serve as a team at some of the most prestigious sporting and destination lodges in the country, where we provided world class cuisine and service to discriminating patrons. Carolyn and I are bringing together our gifts of ministry and hospitality at a beautiful country inn and spa that we are purchasing in western New York. River Spring Lodge and Spa will not only offer exceptional lodging, spa treatments and dining to individuals and businesses, but we will establish a ministry team there and host events for pastors, their spouses and church leaders. We will offer onsite fly fishing for trout along with steelhead fishing trips and pheasant hunting in season. Both corporate and church groups will be able to reserve the entire facility for team building, entertaining clients or hosting meetings. River Spring Lodge and Spa is scheduled to open this October.